Home
Entertainment
10 Awesome Powers That are Impractical in Real Life 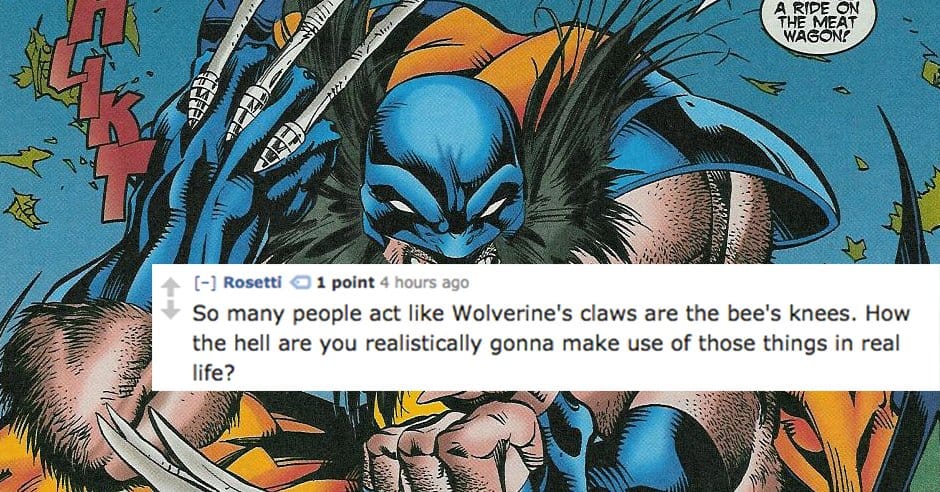 It’s hard to imagine not being able to enjoy superpowers if one had them, right? Some people would love to be super strong, durable, fast, be able to read minds, heal quicker, or manipulate energy and matter. But every power does come with a drawback that a lot of people just don’t think about, and one above all is the ability to abuse the power since if anyone knows anything about humanity, it’s that our species does tend to take things for granted sometimes, and when some of us are given a bit of power to play with, there are those that are responsible and use it for the betterment of others, and there are those that just don’t care and do what they want. Apart from that however are the physical and mental ramifications that come with such power, and while in the comics it’s seen that every person that has such power is highly disciplined, in the real world it’s less likely that anyone given these type of powers would really be as disciplined as people would want them to be since the temptation to use some of these powers would be horrible.

Here are a few awesome superpowers that would be impractical in real life.

It looks so easy in the comics and in the movies, but even a couple of teleporters have been heard to speak on the issue of having a line of sight, meaning they need to be able to see where they’re going. And think about this, if a random thought enters their head while they’re teleporting and the image of where they’re going is screwed up, does that affect a person? Line of sight is kind of important with this power to be realistic, but it’s still not perfect, since there are plenty of things that could get in the way.

It’s great to be strong, but being strong also means that one has to be possessed of durability since like it or not, this wonderful form we call our body requires some level of durability to function since otherwise just flexing our super-strong muscles might cause massive internal injuries as those overly strong muscles could do some serious damage internally and externally. Also, when one factors in the idea of being strong and trying to handle certain items or even people, there’s the idea that being too strong means that a person could harm others without ever intending to do so.

Being exceptionally fast would be another power that would require improved durability since if anyone has seen what happens when a human body is subjected to high speeds, it’s not that pretty. Without a specialized suit or the durability that is needed, increased acceleration will tear a human body apart as friction begins to build. Like it or not, we’re not made to go that fast, and as a result, the body will begin to experience massive damage with increased velocity.

This doesn’t sound like it would have that many drawbacks, apart from the fact that if one couldn’t control it then they might keep falling and falling until they finally gain control, which might not be the best idea anyway. But being able to phase through things would be kind of cool, at least until one realizes that with a loss of focus it could happen that one might phase halfway into something and then become stuck, at which point one might have to hope and pray that their body didn’t fuse with the surface they were stuck in, or become crippled by the sudden intrusion into something solid.

A lot of this comes down to control and how well a person could discipline themselves when using power, since the ability to manipulate energy and matter is something that many comic book characters have, and many appear to exert a certain type of dominance over. With energy blasts and the ability to change things as one will though a big drawback is control and the ability to make the energy do what they want since the idea of losing control is very easy to imagine.

Imagine being able to hear the thoughts of every person around you, and then imagine how terrifying that would be for some people, especially if the thoughts of some truly terrible people were heard. This is the kind of power that is really only for those that are strong of will and aren’t bound to abuse it. But another drawback is that if a person ‘guesses’ what another person is going to say or do, the lack of trust is bound to grow very quickly.

There are times when you might really not want to see what’s under someone’s clothes, or in their body, and it could be something that without control might happen quite often. Plus, if anyone ever figured out that a person had this power it could lead to serious mistrust and the labeling of the person as a pervert. That, and if the power is truly shooting x-rays, even though it’s usually described this way to indicate how the power works, then it could do a lot more harm than good.

Some people think this would be great since it’d be nice to heal quickly. But not only would this make a lot more people needlessly reckless, it feels that it would wreak havoc with someone’s internal system since whether one wants to think about it or not, the type of metabolism needed to heal someone this quickly would require that a person be eating almost constantly to keep up. Plus, aging slower as a result might be cool up until one realizes they have to watch everyone around them grow old and die long before they do.

It might be nice to be able to shift into any person or creature, but at the same time, one has to assume that they would need a wardrobe that would fit every size, otherwise it’s likely that their own clothing just won’t work, or could be damaged if they attempt to use a ‘one size fits all’ kind of mentality.

Control is once again a big issue when it comes to mentioning of this type of power since if one really thinks about it, our emotions tend to rule what we do and what happens to those around us at times. Now imagine a person with cold or fire powers getting angry, sad, or simply experiencing a type of depression, and then think about what it might mean for their surroundings and the people close by.

Superpowers are great to think about, but realistically they could be more trouble than they’re worth.