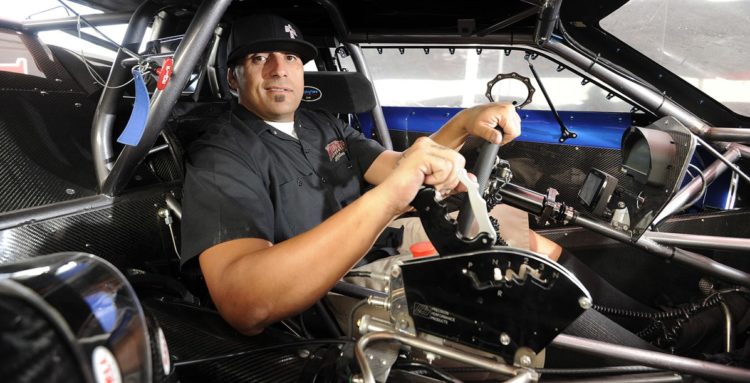 Street Outlaws is pretty much the way it sounds and for a Discovery show it’s kind of hard to imagine that anyone would seek to glorify a life that’s highly illegal. Street racing might look great on the Fast and the Furious, but in real life it’s very dangerous and can lead to more than just a simple arrest if a person is caught. How the show feels about glorifying this insane and utterly unsafe sport is hard to know, but obviously they pull down ratings or they wouldn’t be here. It’s not just the safety aspect, it’s the idea of how much money goes into each car to make it faster, more maneuverable, and able to take out any car on the road as far as speed and endurance are concerned. In all honesty it’s a very unsafe way to live and a dangerous thing to idolize, but many people seem to think that there’s no other way to go.

Here are a few secrets about the show you might not have known.

10. There were a few rumors that Big Chief went to rehab.

There was also a rumor that he’d been fired, but in the end neither rumor proved to be true. Big Chief just needed a break, since street-racing and prepping for the show for 10 straight seasons had left him exhausted and really in need of some rest. He’ll be coming back for season 11 though.

9. For a while Joe Woods thought that the show was a sting operation.

This is a big reason why a lot of people think the show is scripted, simply because it is illegal and could land a lot of people in jail. While some of those on the show have landed up in the slammer it hasn’t been because they’re a part of the cast. For that reason alone it seems like this is just another reality show that happens to be mirroring the lifestyle of street racers.

Big Chief fully acknowledges that he was a tough kid to raise and yet his mom didn’t put up with any of his garbage and did her best to better herself and still raise her children as best she could. That takes a rather tough mom and one that’s dedicated to her family.

7. Derek Travis lost his job because of the show.

This didn’t really slow him down as he works for the show. But the trick of it is that the show doesn’t pay the people in it. For work they do they get paid, but they don’t paid just to show up. Derek had a regular job at one point but when they found out that he was engaged in something illegal they ditched him like yesterday’s newspaper, prompting him to go all in and start working for the show.

6. Derek got into racing because of his wife.

The first race he ever had was against his wife and he lost, and that turned him on to the sport. He was so determined to never let her car beat him again that he went all in and decided to become a street racer.

5. Kye Kelly was the superintendent of a petroleum refining factory.

He started out as a fire-watcher on the job, which as you can imagine is pretty boring since that’s all you do all, watch for any flare ups or possible fire hazards. Instead of staying where he was Kye rose up in the ranks as much as he could until he had about 250 working under him. He’s not content with being average.

4. JJ  Da Boss once fell asleep at the wheel.

After some late-night racing he was on his way home with three cars in tow when he fell asleep at the wheel and hit a concrete culvert. As a result the cars slammed into one another and then rolled into a nearby ditch. He suffered a few injuries but was more concerned about the damages incurred by the cars.

3. Jerry Bird lost a race because of the police.

No one else got caught in this arrest but Bird as he was the only one that stopped right in front of the cops. He was actually arrested for breaking every violation but DWI, which comes with a hefty fine at the very least.

2. Ronnie Pollard has been arrested.

Strangely enough Ronnie wasn’t busted for street racing. He was busted for stealing engines that were worth a half million dollars. Most of the others don’t commit crimes other than street racing, but it does tend to invite another element into the equation at times.

1. Izzy was in a race that cost two people their lives.

Two spectators were killed when one of the drivers lost control and skidded into the crowd. This is the danger of street racing, beyond the part about breaking the law.

Short and simple and to the point, if you’re going to go street racing then be ready for the consequences.