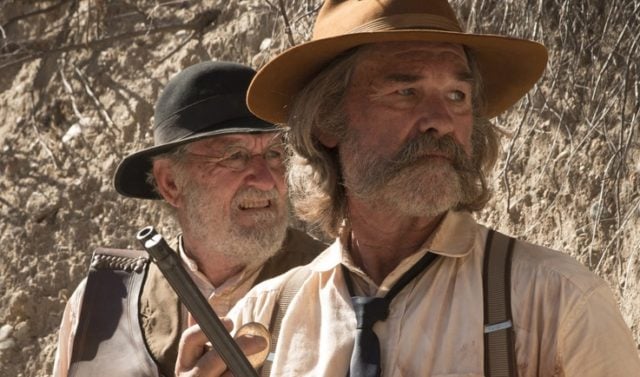 Bone Tomahawk is one of Kurt Russell’s lesser known movies but it’s not one of his lesser movies overall. It’s a search and rescue film that eventually becomes more of a search and hope to survive kind of ordeal. When three people are taken from the town of Bright Hope by a cannibalistic tribe the sheriff, his deputy, and two others go searching for them. What they find though is a horrific sight as the cannibals and other threats make themselves known throughout the trip and continually harry the group until they’re finally captured and taken by the cannibals to be saved for later consumption.

Obviously some of them make it out, but it was a rather unique and gory ordeal that wasn’t meant for the faint of heart.

10. The death scenes were considered some of the most gruesome to come along in a while.

One person was bisected before being eaten alive, that’s pretty gruesome by any standard.

That’s pretty impressive given that a lot of movies usually seem to need reshots and added time for any and all issues that might arise with the set and possibly the actors.

8. The final movie represents the first draft of the script.

Once again this is kind of unheard of since scripts tend to go through rewrites and all kinds of mess before being approved. Things must have just been clicking like they needed to for this movie.

There’s nothing wrong with anyone’s star status or the fact that the budget was so low. This was the director’s first time and it could have meant that he had to prove what he could do before going onto bigger budget movies.

This happens quite often in fact. Scripts can be written and then laid aside for a vast number of reasons, not the least of which is that no one wants to pick up an untested writer’s script and go with it all that often. But when they do things can happen.

5. The film was shot in Southern California.

There were thoughts of using New Mexico and Utah as shooting locations but it seems like Southern California was just the right spot to place this movie as it offered the right background.

4. Kurt Russell and David Arquette appeared in 3000 Miles to Graceland together.

They were both criminals that were attempting to rob a casino while dressed like Elvis impersonators. It was discovered later on in the film that Kurt’s character was actually Elvis’ illegitimate son.

3. David Arquette was in another movie with cannibalism.

He starred in Ravenous with Guy Pearce and several other stars. He was one of the victims in that movie too.

2. Brooder wears the same style of holster as Johnny Ringo in Tombstone.

It’s an odd thing to notice but in a Western it kind of stands out.

1. It was released in eight theaters in Spain.

The movie was only released with subtitles.