Home
Movies
10 Fictional Sports that Made it into Real Life 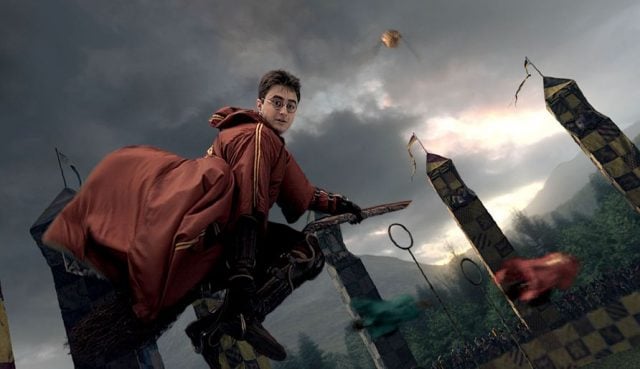 Ever wanted to catch the snitch and win the Quidditch Cup? Thought you could win the Boonta Eve Classic in your homemade podracer? How about beating the MCP with your Light Cycle skills? Each of these — from Harry Potter, Star Wars, and Tron respectively — are sports that have been taken from fiction to the field by fans who just weren’t satisfied just imagining being the sports stars, as the new graphic (below) from SBO.net shows.

The classic video game Pong has been taken out of the screen and featured in a variety of different styles, including having people dressing up as paddles and running backwards and forwards to deflect the ball.Â  The sports span a wide variety of different origins. Other big fan-bases include Battlestar Galactica, which produced the game basketball-esque team sport Pyramid (also called Triad), Star Trek (from which we get Tridimensional Chess), and New Girl (which gave the world the drinking game “True American”, which is “50% drinking game, 50% life-size Candy Land”).

Check out the graphic below of 10 fictional sports that have entered real life: