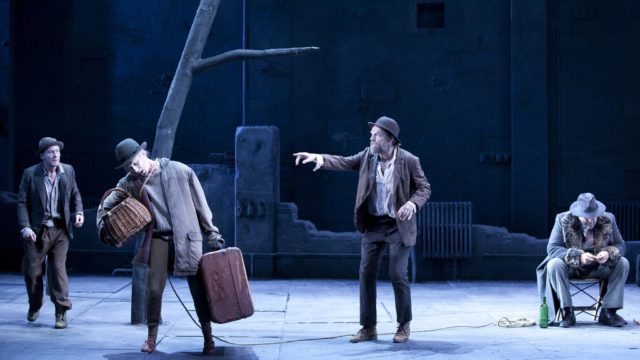 Waiting for Godot is something of a controversial play not in that it’s seen as offensive in any way but more so because it is so wide open to interpretation and introspection by those that watch it. In some ways the play is kind of hard to follow but in others it really opens the door for the imagination to wander and fill in any details that a person feels they might have missed. The infamous Godot is one of the many things that some viewers feel is a bit of trickery and diversion that the author was attempting to use to fool the audience into thinking that the story would be that cut and dried.

In truth it was an interesting plot device that did what it was supposed to.

9. There wasn’t a lot of elaboration on the characters aside from what was written in the play.

Many people decided to take more from the play than was actually written, putting more into the story than what Beckett had originally intended.

8. Despite being viewed as tramps onstage Vladimir and Estragon were not described this way in the original writing.

The manner in which the writing was interpreted and what was meant was kind of mixed up it would seem but everything came out in a way that people enjoyed.

7. The two lead characters in the play are not given a specific origin.

It’s kind of obvious however that they’re not English as they can be heard making crude jokes about the English.

6. The play was very stripped down for a reason.

The act of keeping everything bare was to simplify it in a way so that there wasn’t too much conjecture about one thing or another that wouldn’t derive from the audience’s own experience.

5. The play was open to a wide array of perspectives.

To read them all might take a little time but there is a large number of different points of view that are used to describe this play and what it meant.

There are those that would insist that various characters throughout the play are in fact Godot, but in truth the figure was never really revealed on purpose.

3. The initial criticisms were anything but kind.

Eventually the critics that came later began to speak with high praise for the play, but initially those that saw it didn’t think it was worth much. Once again it’s all a matter of perspective.

2. Geoffrey Rush and Mel Gibson played the main characters in a showing in 1979.

The play has attracted a wide array of actors in its time and has been the starting point for several as they’ve climbed the ladder of success.

1. The play has inspired many other renderings that have something to do with the content.Â

There was even an episode of Sesame Street that was called Waiting for Elmo starring Grover and Telly Monster.

Needless to say it has not gone unappreciated.