Home
Movies
10 of Our Favorite Geniuses in Movies 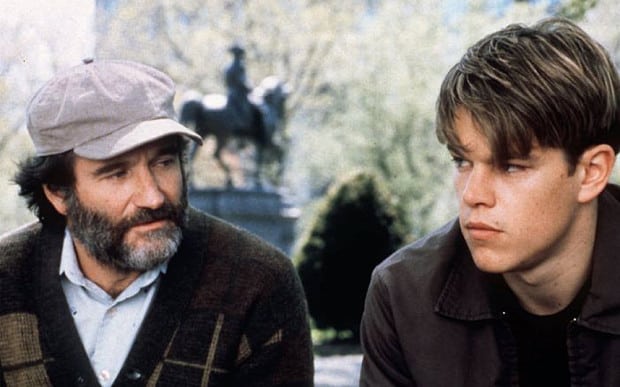 Genius has always fascinated me and it frankly is a subject that everyone is curious about.Â  That a human being can produce such works of art, solve equations or do something at a capacity we can never dream of is incredible.Â  And sometimes genius is explored in movies.Â  That exploration has led to incredible films and I’d like to take a time out to talk about some of my favorite geniuses in movies.Â  In this article I haven’t only focused on geniuses who were fictional.Â  I realize that doesn’t do an actor justice for playing a role well.

Here are my favorite ten geniuses in movies:

To this day it remains one of my all time favorite movies. This is a fantastic portrayal of a boy, yes boy, who is extremely conflicted by his own genius. Sure he may know a lot about the world from books, but he hasn’t experienced any of it for himself. He never allows personal relationships to grow too deep and the movie is excellent at depicting this idea. Oh and tot to mention the Boston accent. Kind of a nice twist considering he’s a genius. How do you like them apples?

Never have I seen a movie that depicts the genius of a young child as well as Little Man Tate does. Fred is conflicted with the knowledge of his own genius but at the same time wanting to be a normal child. If you haven’t seen this movie then you must.

Aside from you know, seeing people that aren’t there, no one can deny the impact Nash had on modern economics and theory. Russell Crowe did a fantastic job exploring both is genius and his psychotic side. Going to lengths so far that he nearly killed his own child and alienated his wife in the process. Math can be crazy sometimes.

Ray is a different kind of genius. In fact a savant, Raymond is both amazing with numbers but even has a sense of humor once he warms up to you. From “Kmart Sucks” to “Uh oh fart” to “One for bad, two for good” the adventure he goes on is memorable and Rain Man will always remain a classic. Blackjack anyone?

This is definitely one of Val Kilmer’s best roles. Chris Knight is a cocky yet funny genius at a school for well…geniuses. His task is to build a super powerful laser for a purpose he doesn’t know (yet). That purpose being a weapon that could blow targets away from space. The humor of this character is unmatched not to mention the T-Shirts he wears. I absolutely loved this movie.

Rarely in movies do you see the combination of athlete and genius but that’s what we have in Jamal in Finding Forrester. He’s a star basketball player recruited to a private school in Manhattan. Only it’s not just basketball he excels at. After meeting a famed writer and going under his wing, Jamal discovers a writing talent that hasn’t been seen in years.

Dr Emmet Brown – Back to the Future

Perhaps one of the most memorable lines in movie history: “1.21 gigawatts!” Doc Brown is the eccentric mad scientist that we’ve all come to know and love in movie history. When you think white hair and craziness from movies you’re definitely thinking of the Doc. A time machine from a Delorean? Come on. Of course that’s genius!

Hannibal Lecter – Silence of the Lambs

Sure he likes to eat people but come on. That’s like his only fault right? Lecter is so smart that he can pretty much figure you out from a 30 second meeting. So much so that he’ll have you weeping in minutes like he did Clarice Starling.

Louis Skolnick – Revenge of the Nerds

The laugh alone is one of the best laughs in the history of movies. Skolnick has something that all these other geniuses don’t. He used his genius to win over a sorority girl so he could have sex with her. Now that’s a cause worth fighting for.

Face it, you kind of have to be a genius to build an Iron Man suit from a cave. He’s cocky. He’s witty. He’s charming. He gets tons of chicks, and the man is Iron Man! What’s not to love about Tony Stark? Oh not to mention his computer lair. You can’t mess with that thing.