Home
Movies
10 of the Funniest Moments in Quentin Tarrantino Movies 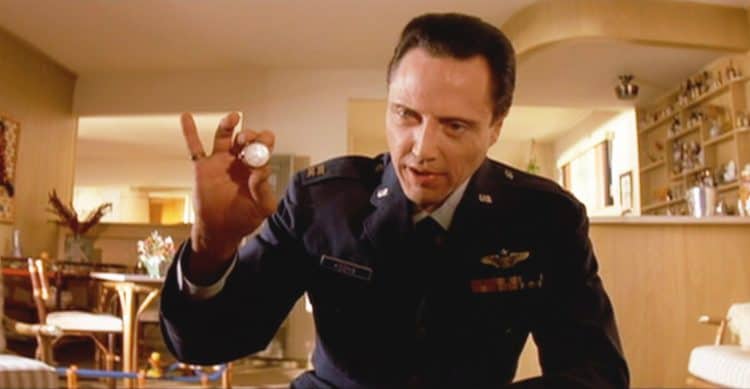 When you’re talking about humor in Quentin Tarantino movies then you’re likely talking about stuff that would be highly offensive to some people but is comic gold to others since they can see past the racism within the moment and to the reason why it’s funny. Comedy tends to strip a lot of negative aspects of the power that they hold over people and makes it possible to laugh in order to keep from being depressed or otherwise affected by the content that could be taken in so many different ways. Then there are morbid moments that might not be all that funny to some folks but are hilarious to others just because of their timing and their overall delivery. For instance, some of the scenes on this list might not be funny to everyone, but the way they’ve been played out and the way that a person can take them, meaning as comedy and not as anything too serious, tends to take the sting out of them in a big way.

Let’s take a look at some of the funniest moments in Quentin’s movies.

People definitely got hot over this one since it paints Bruce Lee in a very negative light and took from an event that really happened and made it into something that made the legend look like a jerk. He did actually get hoisted onto the shoulders of an actual stuntman and was anything but pleased by it, but Quentin’s representation is kind of funny since it takes a small man that thinks he’s that awesome and brings him back down to earth. But if you realize that Quentin is all about revisionist history and have a sense of humor then it pans out just fine.

Even for a stuntwoman, this is kind of as stupid thing to do, but it only gets worse since there’s a maniac that’s actively trying to kill the three women at the same time. But Zoe the Cat didn’t get her nickname by accident in this movie, as is proven when she bounces up and is perfectly okay after being flung off the hood of the car as though she was shot of a slingshot. A lot of people might actually get pretty busted up by this move in real life, but hey, Zoe’s a stuntwoman and she has this covered.

This scene actually shouldn’t be funny since a man gets his head shot off and splatters all over the car somehow. But the timing and the positioning are just perfect and after an initial bout of laughter, it’s time to realize that Vince and Jules should probably get off the road asap. Plus, plenty of people decided to chime in on just how poor of a gangster Vince is for not keeping his finger off of the trigger when he’s holding a gun he shouldn’t be holding at that point.

Again, this is another scene that might have a lot of people rolling their eyes and ready to flip the racist card and use it liberally. But when you look at the time period and the situation you get a better sense of why Tarantino did this, even if it’s not something that a lot of people agree with. There was a big difference between slaves that were considered to be house slaves and those that worked in the field, and often the favor gained by those such as Stephen means he was willing to essentially give up a lot of himself to gain the confidence of someone like Calvin.

Oh, poor Ted. The bellhop for the night didn’t even want to be there and he’s had a hell of a night by the time it’s all said and done. This room, in particular, gave him no end of trouble since there’s a dead hooker in the bed, two rambunctious kids that he’s supposed to be watching, and by the time the parents return the room is engulfed in an inferno. So yes, you could say that they misbehaved just a bit.

5. The cruel tutelage of Pai Mei

Here’s another scene that probably shouldn’t be so funny, and yet it is. It contains racism, sexism, and a definite bout of misogyny. And yet, guess what? It works in such a perfect way that taking it out would be a huge mistake since it added to the movie in a way that was absolutely brilliant and made it clear just how hard operating under Pai Mei really was, and why Beatrix turned out so tough.

Hans Landa is a strange villain since you can’t help but despise him at most times, but like him at others. He’s one of the worst people in the movie and it’s agreed by a lot of people that his final punishment is more than deserved. And yet he’s kind of likable when he sits Aldo and Utivich down to talk about ending the war by giving up Hitler and the high command. Plus, his excitement, resulting in ‘That’s a bingo!’ is kind of contagious.

It’s hard to say that anyone’s that tough if they can spank a Yakuza member that can’t even hold his sword without trembling. But thankfully Beatrix had already sliced and diced her way through his buddies so her street cred was intact. Plus, if you can’t hold your sword without shaking then you might need to consider another line of work, since being a part of the Crazy 88 isn’t for the meek or timid.

Why in the world would anyone ever, EVER, want this watch within fifty feet of them after knowing where it had been? It’s not so much the thought that it’s likely been cleaned, fixed, and thoroughly scrubbed (one would hope), but instead, it’s the idea of the dark, dank trip it took to reach Butch after so long that would be sticking in the mental craw of a lot of people. Yeah, feel free to shudder.

As I said, it’s all about timing and delivery, and Sonny Chiba had his timing down to an art in this movie since it couldn’t have gone any better. The argument between the two men was so great that it was easy to forget that they were doing so right in front of their only customer. If you couldn’t laugh at this scene then you might need to check your funny bone to see if it needs tweaking.

It’s odd to laugh at some of these, but it’s definitely easy to understand with some of them.