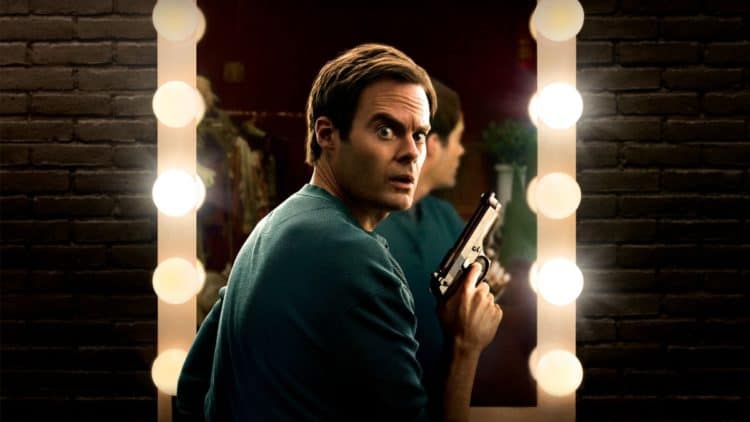 If you haven’t seen the show Barry yet there’s plenty of time to sit down and binge-watch what’s already there as you hopefully enjoy what you see. Bill Hader is known so well for his comedic acts that it’s only slightly difficult to see him as a contract killer that has a tough time with his job and turns to acting. That sudden switch seems like it might make a lot of people go ‘huh?’ but so far it seems to work since a lot of folks have taken to enjoying the show and have even recommended it to others by word of mouth and through reviews on the internet. Given how quickly word travels in both ways you can imagine that a lot of folks are at this time attempting to watch the four hours worth of footage that’s there to be seen. It does seem like it’s worth it since the selected cast members are well-known and their gathered accomplishments should be a ringing endorsement that can at least make a person hopeful about the outcome.

Foxtel has a few good reasons that I agree with and have decided to expand upon these when it comes to why you should be watching Barry.

10. Shows about contract killers tend to be great simply because of their moral implications.

There is something that’s obvious about this and it’s the part about killing people. Contract killers in shows like these seem to mostly aim at the worst of the worst, but there’s still something to be said about working outside the law in order to get paid for executing another person, and it does raise a lot of moral issues within the context of the show.

9. It’s a way for Hader to stretch his acting abilities.

Given that he’s been such a funny guy in the movies and on TV it’s easy to forget that he’s done drama as well and is fully capable of showing a darker side of his person that is up for a part like this. But thankfully he doesn’t have any problem showing up as his character and making it work from multiple angles.

8. The show actually depicts him taking up acting.

This is pretty funny since he plays a contract killer that wants to become an actor but has an issue with his original job while he’s trying to sort out the fact that he’s not that proficient in acting. Come on, you’ve got to see the humor in this.

Winkler is the kind of guy that you like to see simply because he’s a legend and no matter what role he’s playing or what capacity he’s in there’s something undoubtedly special about him since he’s been around long enough to be great at just about anything he does.

6. The show gives us some very stereotypical bad guys.

The bad guys aren’t the kind of people you want to cross but they’re certainly not the sharpest tools in the shed. They’re basically the thugs that you see in a lot of different movies with just enough smarts to get by but not enough to really outwit anyone.

5. It definitely shows a softer side to the acting scene.

This is the side of the acting scene that people want to see and believe in but unfortunately it would seem that a lot of what’s seen in the media most of the time makes this look like a fantasy, so it’s nice to see it represented here at the very least.

4. The fact that it’s a dark comedy is part of why it’s so great.

The upscale and chipper comedies are good and all but now and again a dark comedy gives a nice balance to the whole mess by coming in and making you feel almost guilty about laughing at something that should be kind of tragic or horrifying. At the same time you still laugh because it strikes you as funny and denying the humor is, for a lot of us, kind of pointless.

3. Stephen Root gets to play another character you kind of love or hate depending on your view of him.

Quite honestly Stephen Root is a character you either root for or are against from the start since there’s not a whole lot of middle ground with his characters. He’s good enough to get people on his side or turn them against his character as is needed, but staying neutral about him isn’t really possible all the time.

There’s nothing like a pure as driven snow love interest, but then again that can get kind of boring. The love interest is human and therefore needs to be a little more human since the whole ‘better person’ angle is overused sometimes and way too predictable.

1. Watch it for Bill Hader, that should be enough.

A while back someone might have said ‘Bill who?’, but those days are long since past. These days Bill is one of the funniest guys in the world and quite honestly if you see his name attached to something it might be worth taking a look.

Just sit down and take a few hours off if you haven’t seen the show yet, you’ll probably enjoy it.