Home
Comics
10 Things DC Wants You To Forget About Batman 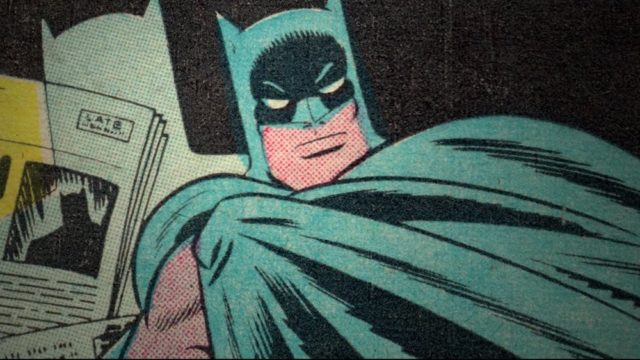 So many people sing the praises of Batman and for the most part they’re right to do so. He’s an awesome superhero after all and he’s created a legacy that’s hard to follow and almost impossible to top. As superhero’s go he’s incredibly complicated but is still somehow so cool and suave that he’s captured the attention and the fan base of millions of viewers and comic nerds all around the globe. Unfortunately there are always bound to be some hiccups in the story of a superhero that’s been around this long. So if you’re a Batman fan you might want to turn away now, because a lot of this won’t be that Batman-friendly.

Remember, you were warned.

Even in the comics of decades ago Batman had to wear some truly ridiculous costumes. Sometimes it wasn’t even him, like when Azreal took over the role and was decked out in a suit that looked like it could take a full on punch from Superman. And then there were the movies and, yes, the regrettable bat nipples. You might have forgotten about those, and for good reason.

Batman has some truly nasty villains that are every bit as awesome as he is, but there are some that are real head scratchers. Like Polka Dot Man, Killer Moth, Cluemaster, and a long list of other forgettable names.

Just a no-starter. That’s about all that can be said about Batman Odyssey. It was THAT bad. In truth it was almost bad enough that the entire series might be worth a fortune in another fifty years or so based on the fact that it was such a horrible mistake in the franchise.

So do you remember the stuff that made Bane such an unstoppable monster? Yeah, at one point Batman got hooked on it and started going completely mental and even extra-violent. He even went through the depression stage and withdrawals. Not good times.

He got turned into a baby and was still Batman. Hardcore fans might think it was awesome that he retained his strength and intelligence as a baby, but really it’s just creepy.

Let’s just leave it that the Batman creator was kind of a jerk. Â He didn’t even hand out credit where it was due when most of the ideas that brought Batman into the mainstream were from someone else.

4. Batman was kind of a ripoff.

Look at the prowess of the Phantom and the dark, foreboding look of The Shadow. Batman had some pretty clear cut origins considering that these two came out before he did.

If it didn’t get thrown around so much his name would actually still inspire shock and awe with most people. But proclaiming “I’m Batman” all the time kind of makes the words lose their luster.

2. He actually wet himself once.

He called it a “bladder spasm”. Come on Batman, just be a man and admit you peed yourself. If a college senior can do it after a weekend bender then it should be no problem for a superhero.

You are so right. Killing is not his M.O., but he’s done it more than once. In the earlier comics he’s gone so far as to hang someone from his bat glider, kick someone so hard he broke their neck, and he’s done various other nasty things. He’s not as innocent as he makes out.

He’s still an awesome hero, but he’s definitely got his flaws.