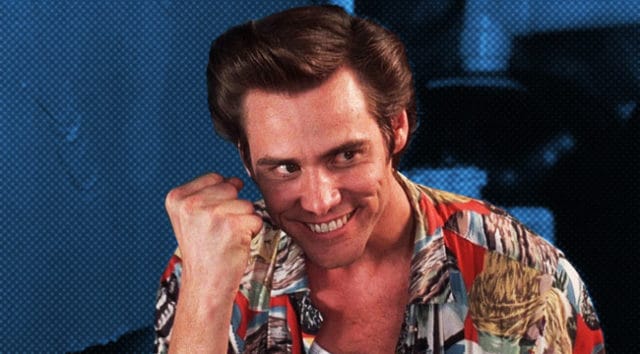 Ace Ventura: Pet Detective wasn’t Jim Carrey’s first venture into film, but it was one of his most memorable performances and had the distinction of coming on the heels spent on the show In Living Color. At that point we already knew the was a laugh riot but when he made his way onto the big screen and started talking out of his butt, showing his affinity with animals, and almost getting eaten by a shark it became something much more that fans were more than willing to jump on and call one of his greatest performances. You look back at it now and wonder just how we managed to laugh at some of it since it’s so campy, but the fact is that back then it was new and it was outrageously funny. The only trouble is that eventually he started doing the same spiel over and over again without diversifying. Thankfully in the last couple of decades he’s showed that he can do a lot more.

But the first time through the film was just hilarious.

10. There was a note of similarity between Ace Ventura and Hannibal Lecter.

9. The scene in which Ace pulls the arm of the cellist at the party was improvised.

It was Jim’s idea to just reach out and disrupt him, it wasn’t in the script at all.

8. The words “alrighty then” weren’t originally in the script.

This was from a persona that Jim had taken on during In Living Color known as ‘the overconfident gay man’.

7. During the sex scene all the animals had to be chained down.Â

Courtney Cox stated that at one point she was sharing the bed with a macaw under the blankets it got so wild.

6. Ace was supposed to be a bumbling idiot.

After Jim was hired on the script was changed since the desire was to make him somewhat intelligent.

5. The theatrical version didn’t show Ace pretending to be a dolphin trainer.

That’s too bad since it was one of the best parts. It’s not understood why it was cut from the theater version unless it had something to do with time constraints.

4. Courtney Cox refused to watch the film after it was released.

Apparently Jennifer Aniston brought over a copy and wanted to watch it with her. Cox didn’t have the greatest time making the movie.

3. The butt-talking habit came from In Living Color.

He did this to Keenan Ivory Wayans because Wayans was rejecting all of his skit ideas.

It comes after he takes out the henchmen while going to rescue Dan Marino and Snowflake the dolphin.

1. It was Jim Carrey’s idea to rip off Sean Young’s clothes after the fight scene.Â

So it really wasn’t an ad-lib or wardrobe malfunction, he meant to do it and she knew about it.

It’s still funny, but back then it was something unique and eye-catching.