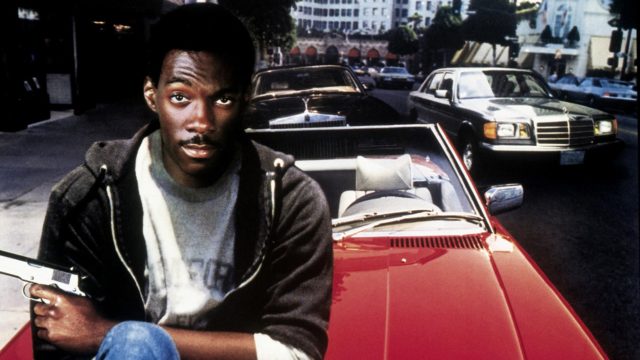 Beverly Hills Cop was one of those shows that really wasn’t much of anything special when you first looked at it. But when you actually watched the film you were made privy to a bunch of inside jokes and funny moments that you wouldn’t be able to see just by a glance. Â Eddie Murphy and the stellar cast of this film are entirely underrated by some but thankfully immortalized by others since the movie itself was pretty hilarious despite giving birth to two ill-fated sequels. Sometimes it’s best to stop when you already managed to make one hit.

Her are a few things you might not have known about the film.

10. There’s a bit of disagreement on how the idea for the film came up.

Between Michael Eisner and Don Simpson there is a big debate about who came up with the idea for the movie, with both taking credit for it.

9. It took over five years just to get the script right.

It took this long to get the ‘fish out of water’ feel that Eisner wanted and to incorporate the right level of comedy for the film so that it could work.

He was paid around $400,000 to play the part of Foley but then had to walk when too much back and forth caused his contract to expire.

This would have been a pure action flick with just barely a hint of comedy, which would have played to Stallone’s strengths at the time. Thankfully it didn’t go through.

6. Eddie Murphy did a lot of improvisation.

Thanks to his level of comedy and a lot of caffeine Murphy was able to come up with stuff just off the top of his head that proved to be extremely funny and made the film work.

5. One of the actors got to hold his script in his hand while filming.

The actor playing the part of police chief Hubbard was caught with his rolled up script in his hand but was allowed to keep it since it made his character look a little more authentic.

4. The first choice of director was Martin Scorcese.

This happened when Stallone was still on the hook to play Foley. Fortunately Scorcese wasn’t that impressed with the film and passed.

Despite being a virtual unknown he handed down an ultimatum that if production didn’t start soon he couldn’t continue with the film. That’s pretty gutsy.

2. There were places that the cast wanted to go that the Detroit Police wouldn’t take them.

There were some places in Detroit that even the cops didn’t want to venture into such as the housing projects. They would take the cast to most other places but made it clear where they wouldn’t go.

1. The banana in the tailpipe was a last second decision.Â

This had a lot to do with time constraints since there wasn’t time to film in the kitchen. Thankfully the lobby had already been seen as a hotspot for many scenes and this afforded the director the chance to include the banana in the tailpipe scene. Originally it was going to be potatoes.

This is a lot of stuff I didn’t know. How about you?