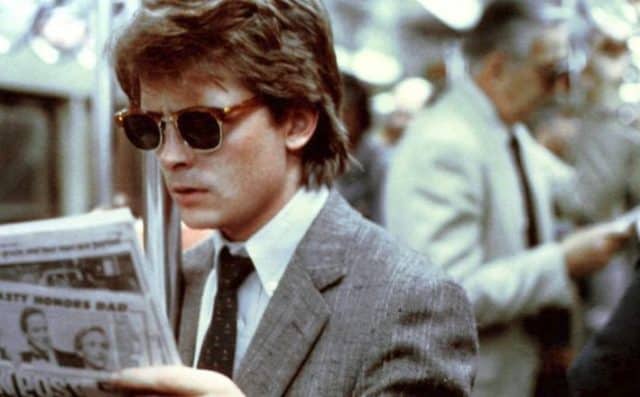 Bright Lights Big City is a story about a man that’s hurting inside and doesn’t quite know how to express it to anyone other than to self-destruct. It’s a little-known movie starring Michael J. Fox that a lot of people might have seen but don’t remember now. It could be that Fox’s later fame simply eclipsed it or that he wasn’t as big a name yet when the film was made. But the very realistic feeling of how the big city tends to swallow up those that refuse to face the hard parts of their lives is the reason why this movie was such a decent film and the drug abuse and denial of his inner turmoil made Fox a much more interesting character. Despite showing the decadence and flash of the New York City nightlife however a lot of people might not remember this movie until they watched it again.

It’d be worth the recap.

10. David Hyde Pierce was in the film.

It was his film debut and he had to take a loan from his agent just to pay his dues at the Screen Actor’s Guild. Plus it was all for one line in the movie.

9. Tom Cruise turned down the lead role in the movie.

He didn’t want to be associated with a movie that showed him doing drugs since it would have tarnished his image.

8. Powdered milk was used for the cocaine scenes.

There are a few fake substances that tend to look like drugs that are used in the movies.

Thanks to his insistence on using certain people the budget for the film was driven up about $15 million dollars.

6. All the drug scenes were initially written out of the script.

The writers and producers thought that it would damage Michael J. Fox’s image if he were shown using drugs in a movie.

5. The film came out four years after the book was published.

That’s not too bad of a turnaround really considering that some movies have taken decades to be brought to film.

4. Fox was still filming Family Ties when this movie was being made.

This left only so much time for filming since Fox had to be back in time to film the show and also finish the movie.

3. There are two different endings to this movie.Â

There’s the original ending and then there’s an ending in which Jamie has written a novel titled after the movie and has a girlfriend that is proud of his accomplishments.

2. Fox was trying to change his image.

He wanted to show that he could do more than sitcoms and light movies by moving into something a little more serious.

1. A lot of people thought that Fox was too young for this role.Â

They didn’t think he looked old enough to be a professional writer or a husband, or that Phoebe Cates was believable as a model.

It was a new kind of movie for Michael J. Fox but it made people take him a lot more seriously.