Home
Movies
10 Things You Didn’t Know about “The Chase” 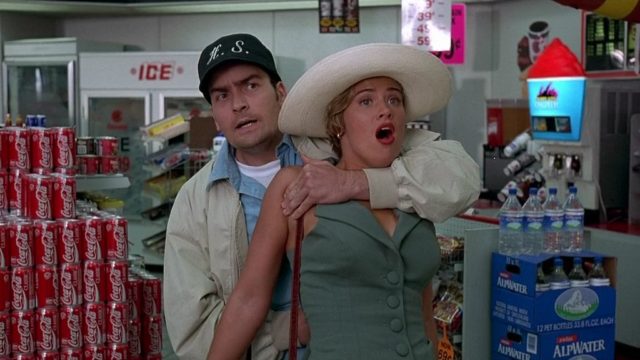 The Chase was all about a guy on the run and a woman just being in the wrong place at the wrong time. The funny thing about this is that the guy was innocent and was being taken away to jail and decided to escape rather than plead his case in court. Of course no one wants to go to jail and in a movie if there’s even a little bit of leeway to make the explanation of why the guy can get away it’ll be done. But then eventually the kidnapper and his hostage start to like each other and even end up getting frisky in the car while on the run from the cops. Don’t ask me how that works but obviously it did. Then she ends up wanting to stay with him and comes up with a plan on the fly that not only disgraces her father, which is well-deserved, but allows them to make their way into Mexico where the movie ends on a high note finally.

It felt kind of slapped together in some spots but it was kind of a funny movie.

10. The white Bronco chase occurred just 3 months after this movie was released.

And then of course came the trial that just about divided a nation and was a giant circus for the most part.

I guess it’s a good thing that it wasn’t too hot in the store otherwise the gun would have felt a little less than convincing.

8. Ron Jeremy has a cameo in the film.

He plays the part of a TV cameraman. Jeremy usually doesn’t have big roles but he did manage to land a lengthier one in Boondock Saints.

7. A picture of the director’s grandmother makes it into the film.

This is something of a habit with the director as he likes to feature something showing Blump’s Foods into his movies.

6. This is the third film that Sheen and Swanson have starred in together.

The other two were Hot Shots! and Ferris Bueller’s Day Off.

5. A lot of the terrain has changed since the film was released.Â

It was released back in 1994 and since then a lot has changed which is pretty normal. There was a lot of construction going on during that time as well which was no doubt a sign that things wouldn’t look the same for very long.

4. Henry Rollins plays a part in the movie and is credited for the song when the end credits roll.

He plays Officer Dobbs and he’s credited for the song Shine at the end.

3. This was shown at the Dublin film festival.

Unfortunately it was shown as part of a classics retrospective and not as it was supposed to be.

2. Charlie Sheen used a familiar line from another movie.

When he tells his lawyer “I’m the most honest man I know” that line comes right of Wall Street.

1. Henry Rollins ad-libbed most of his lines.

It seems harmless enough to ad-lib at times.

The Chase was a worthwhile movie.