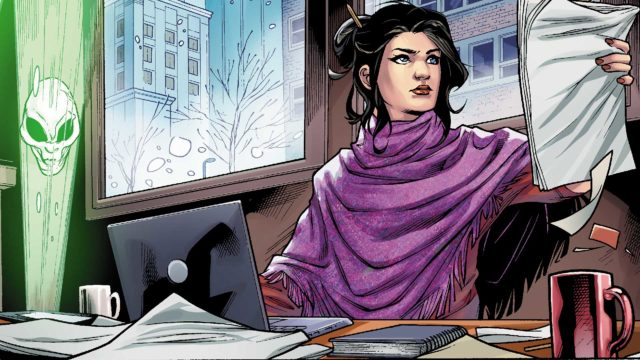 Whether she’s seen as Superman’s girlfriend or the intrepid reporter she’s been for so many years, there’s a lot more to Lois Lane than many people realize. She’s been around for so long that she’s gained a great deal of depth as a character and has grown and expanded in just as many ways as the superheroes in the same universe have done. A lot of people might think of her as something less than a useful personality in the comics but the truth of the matter is that Lois Lane is something far different than the normal, run of the mill civilian. Sticking so close to superheroes doesn’t necessarily allow a person to lead a boring life, especially when the world continues to be shaped and reshaped by the heroes and the villains they fight.

Here are a few things you might not have known about Lois Lane.

Jose Delgado was secretly a mercenary known as the Gangbuster. He and Lois had a rather rocky relationship that didn’t really go anywhere, and it finally ended when she realized he was in league with Lex Luthor.

This is an alternate version of Lois Lane from Earth-3 that turns out to be the last of the Amazons. This Lois desires nothing less than power, and is ready to do anything to get it.

8. She was inspired by real women.

Lois Lane was a combination of two real life reporters and two movie actresses that displayed the kind of nerve and skill at discovering new stories and pioneering new methods in order to get the inside information needed to do their job.

7. She and Clark Kent met as teens.

Both of them won a contest that was sponsored by the newspaper that would eventually hire them both. They had to compete to win their first byline, which Lois got when she scooped Superboy after he saved her.

At this point there are about 90 different Lois Lanes, all thanks to the different timelines and alternate dimensions.

Set in another alternate universe, Eloisa Lane is a woman without any real abilities but she’s still able to help out the superheroes before earning a position at the Gotham Gazette.

It’s not really known just which article won her the Pulitzer but this is referenced more than once in the movies.

Lois Lane’s looks have tended to change with the times, who’s playing her, and whatever trend is most popular at that time.

She came in at the same time as Superman so it’s easy to see why they’ve been linked for so long.

1. Margot Kidder isn’t a big fan of the DCEU Lois.

One of the first Lois Lane’s, Kidder tends to think that the current movies have taken away the hard-nosed edge that was given to Lois Lane earlier on. She happens to like Amy Adams but the whole role is something she has an issue with.

There’s just no Superman without Lois Lane at least being mentioned somewhere.