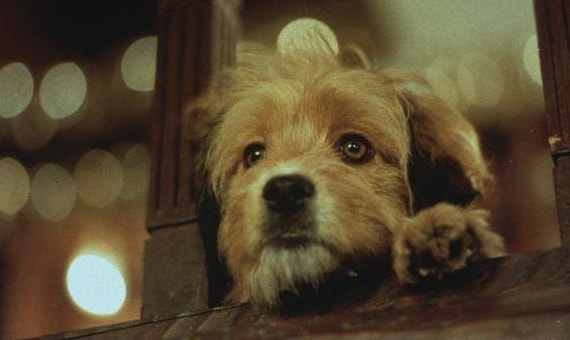 In 1974 Benji became one of the most beloved dogs to ever grace a movie screen. His fame didn’t last all that long in comparison to some movie canines but I do recall that he was something of a sensation for a while. Among children the dog was loved for a variety of reasons, one of them being that he exhibited a lot of humanistic traits and was well known as a dog that would come to rescue when needed. For a while Benji was everyone’s favorite canine hero and was a big celebrity. These days you don’t hear about him that much save for short references here and there.

Here are a few facts you might not have known about the movie.

10. The director had to create a production company just to push the movie.

No studio throughout all of Hollywood would take this movie so Joe Camp had to create a production company from the ground up so that Benji could be released on the big screen.

9. Benji was a golden retriever mix.

A lot of folks to this day couldn’t tell you what type of dog Benji was since he looked like the common mutt that appears in many films.

8. It was a box office success.

The film managed to make upwards of $45 million off of a budget of $500,000. That more than qualifies it as a success.

7. The same guy wrote, produced, and directed the movie.

Joe Camp had to pull a lot of long hours to get this movie up and running and went through a lot to make sure it was successful.

6. It received an Academy Award nomination for Best Song.

It also received a Golden Globe for Best Original Song in 1975.

5. It was filmed entirely in Texas.

It was filmed in different parts of Texas but it would appear that Camp never left the Lonestar State when filming.

It’s hard to imagine Hitchcock sitting down to watch a film about a dog playing hero when you look at all the films he was responsible for and their very different content.

3. Higgins, the dog that played Benji, was buried with his trainer.

More accurately, his ashes were interred within an urn and buried with his trainer. Benji was Higgins’ last movie.

2. The daughter of the original Benji went on to play the role of titular canine.

It worked well enough since the next Benji looked a great deal like her father and was able to step up to the role. Benji had a couple more movies after the first one to seemingly round out the mythos. None of the others did quite as well though.

1. The director was inspired by the film The Lady and The Tramp.

Benji was one of the better parts of our childhood, don’t you agree?