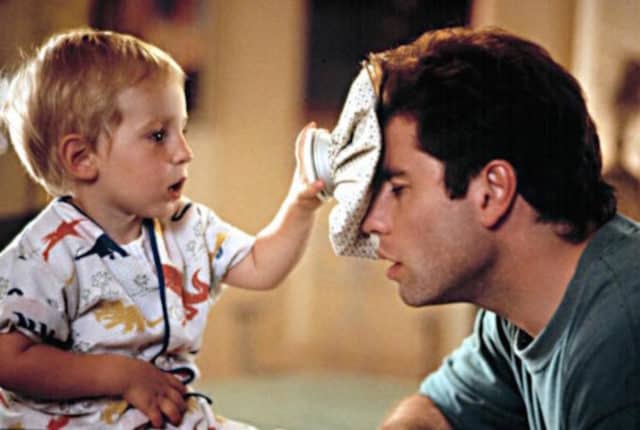 As movies went this one was not among the worst but it was just campy enough to attract a certain crowd that didn’t seem to think it was creepy at all. After all, who wouldn’t like to know what their children are really thinking when they’re throwing a fit or trying to get our attention? Look Who’s Talking was a fun and family-oriented movie that captured a great moment in movie history but was a little too greedy to recapture it since the movie went on to spawn at least two sequels.

Here’s a few facts you might not have known about the movie however.

10. The director got the idea from her daughter.

The director was with her family in the car one day when she noticed her daughter looking around at various things from the comfort of her car seat. She and her husband started creating a running dialogue for their child and that’s how the idea began.

Warner Bros., Disney, and Orion all passed on the film. It was TriStar that finally picked it up.

8. Olympia Dukakis got a pay raise thanks to her Oscar.

Dukakis was told that if she won an Oscar for her role in Moonstruck she would receive $50,000 to play Kirstie Alley’s mother in the film. She won obviously.

Alley was married at the time while Travolta was single. So you can imagine that she had to remove herself from the situation a time or two.

6. Travolta’s part was originally much darker.

In order to keep it a family film and make it a little more fun the director changed up Travolta’s part to keep it just light enough for a family audience.

Obviously the fetus was a puppet but it took a few people to make it move and work so it took a lot of takes to get a single shot right.

4. Mikey’s voice was voiced by different actors in different countries.

This was suggested by Travolta and it became quite the hit since people in other countries could watch the movie and hear it from their perspective.

3. The release was delayed for seven months.

This kind of made people think that the studio wasn’t really all that thrilled with what they’d made. In reality the movie did very well when it came out.

2. There’s been talk of making a reboot of the film.

It’s entirely possible but you know there would be a wealth of CGI and the fans would demand at least a cameo of the original stars.

1. The director actually used her father in the film.Â

The director put her father in as Kirstie Alley’s dad, which worked since he was an accountant in real life and in the movie. She didn’t know if he could really pull off the role but he did a great job it seems.

Some of this was already known obviously but a few things were kind of surprising.