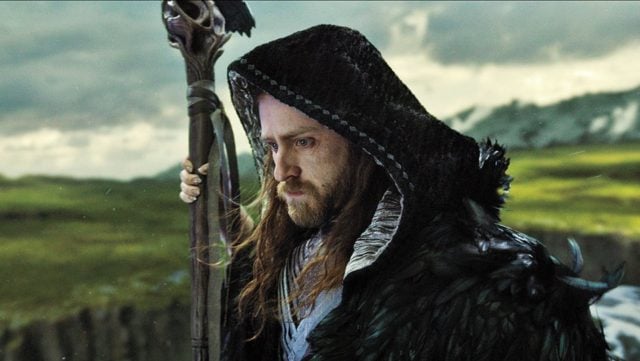 Warcraft has the epic look of a movie that could be the beginning of something great, but if it still has a sequel in the works no one is saying anything yet. The story isn’t a bad one as orcs wielding fel magic are storming into the world of Azeroth, threatening the human population and surging forward to tear down the world of men and elves with wild abandon. However the races of men and elves are not about to allow this happen no matter that the orcs are quite powerful and capable of doing massive damage to their world. The movie unfortunately ends on a note that suggests a sequel, which might not be such a good idea since the film wasn’t well-received.

It still has promise if it was given a little more development.

More to the point they didn’t want Uwe Boll directing as he’d asked if they would let him. They seemed pretty adamant about keeping him away from the story.

9. There were major edits to the original script.

Originally the script was very one-sided with humans being the good guys and all others being the bad guys in some way. The new script took into account those that were of the same race but didn’t share the same allegiances.

8. An Orcish dialect was created just for the movie.

Considering how in-depth some of the creators of the game are this doesn’t seem like it would have taken all that long to come up with.

7. The original release date was going to be in December of 2015.

Unfortunately that would have placed in direct competition with Star Wars: The Force Awakens, and no matter how diehard fans might have wanted it, this movie could not have withstood the fierce competition.

6. Colin Farrell was approached with a script for the movie.

He was considered to play the part of the king but the role eventually went to Dominic Cooper.

5. The movie was announced ten years before it was finally released.

This really seems like a way for Blizzard to get their fans all riled up and in the mood to demand any and all information that could be hand on the film. In short it’s a way to create buzz and rumors on the cheap.

4. Travis Fimmel had never even heard of Warcraft before signing on for the movie.

3. There are subtle nods in the film to the actual gameplay.

This is seen when Khadgar defeats Medivh and the yellow glow surrounds him as though signifying that he has become more powerful. This is what happens in the game when a player levels up.

2. Not everything was CGI.

1. Blackhand was not killed by Lothar in the original timeline.Â

Instead of being killed handily by Lothar, Blackhand was instead killed by Orgrim at the end of the First War, which is the timeline of this movie.

It had potential, but a sequel would really need to step up the game in order to make it work any further.