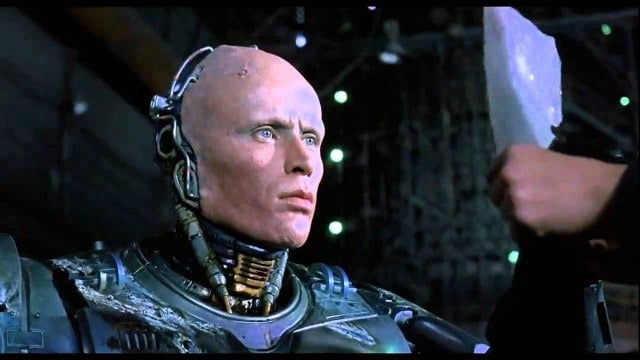 July of 2017 marks the 30th anniversary of the release of Robocop as the film was launched on July 17, 1987. This cyberpunk action film was a huge success when it was released and it prompted a franchise that included a remake, two serials, a television series, and a wide range of Robocop related merchandise. When the film was first released, it received fantastic critical acclaim. It was particularly praised for the diversity of the issues covered in the film.

To celebrate the 30th anniversary of Robocop, here are ten things you may not know about this movie:

1. According to screenwriter Ed Neumeier, this movie had many influences from comics, television, and film. ‘Terminator’ and ‘Blade Runner’ were two of the biggest inspirations while Space Sheriff Gavan from a Japanese TV series was also influential. Comic book heroes who were used for inspiration included Iron Man, ROM, and Judge Dredd.

2. Verhoeven is the director of this film but he wasn’t the first choice as two directors had already turned down the screenplay. Both Kenneth Johnson and Alex Cox declined to direct RoboCop. Initially, Verhoeven was also reluctant to direct this movie and even threw the script in the trash but his wife rescued the papers and persuaded him the movie was worth it.

3. Ronny Cox was cast as Dick Jones for a reason. As he had previously been typecast in the role of the good guy, Verhoeven felt that it would make it all the more surprising for moviegoers when he was revealed as the true villain of the room.

4. Stephanie Zimbalist almost played Officer Anne Lewis. However, she was unable to get the time off from ‘Remington Steele’. Therefore, Nancy Allen won the role.

5. Peter Weller was not the first choice for the lead role. Verhoeven wanted either Rutger Hauer or Arnold Schwarzenegger but both men were too stocky for the Robocop costume.

6. The Robocop costumes cost a whopping $1 million to make. This meant it was the most expensive effect in the movie. There were six costumes created and all suffered damage during Robocop’s battles.

7. To make the scene where Robocop catches the car keys, it took 60 shots to make. This was because the hands of the suit were lined with rubber and this made them clumsy.

8. The Robocop costume caused many issues in the films. The first time Weller wore the outfit, it took him over 11 hours to put it on. Weller had to learn to walk in the outfit and this delayed production by three days. A further problem was that the outfit was too bulky to fit in the police cars. In the scenes of the movie where Robocop is in a car, you see only his head and hands. This is because Weller was only wearing the upper part of his costume and was wearing only boxer shorts on his lower half.

9. The film is set in Detroit but this was not the primary location for shooting. In fact, most of the movie was shot in downtown Dallas as the buildings in this city have a futuristic look about them.

10. There are some elements of the film that are not as high-tech as you would expect. The perfect example of this is the footage of Robocop’s infrared vision. To achieve this visual effect, the scenes were shot in the dark and the actors wore fluorescent body paint.