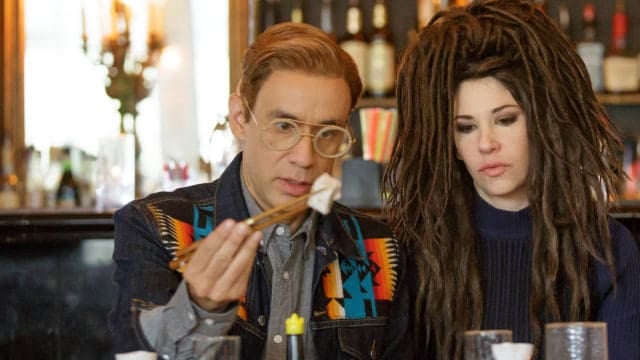 Portlandia is a sketch comedy show that’s filmed on location in Portland, Oregon and features the diverse culture that the city has to offer from the point of view of two individuals. Throughout the show the city is shown in a giant parody as there is quite a bit of cultural significance that can and does offer itself up for a rather interesting parody that many people have found endearing and even hilarious. There might be moments that Portland natives find a bit odd and not at all related to their experience within the city but the trick is that in a parody things are going to be slightly skewed from time to time. It’s all about having a sense of humor about where you live while keeping that hometown pride.

After all, if you live there you know what it’s really like.

10. The store that inspired the show is shown as it really exists.

There’s no additional set dressing or anything that’s been tampered with in the store, the creators wanted to leave it as is.

9. The city’s former mayor has a recurring role in the show.

Sam Adams plays the mayor’s assistant while Kyle MacLachlan plays the role of the mayor.

8. Most of the spoken dialogue is written by the same person.

Kumail Nanjiani is responsible for a lot of the dialogue in the show and it’s improvised by him as well when needed.

7. In season 2 the show was kicked off by a series of live stage shows.

This was seen to be a great way to promote the show and get people on board with the fact that it was coming back.

6. The actors of the show went around showing clips and bits of the upcoming season at one point.

They made trips to several cities such as San Francisco, Chicago, Boston, New York, Atlanta, and many others.

5. The name of the show is taken from the statue seen in the opening credits.

Portlandia is the second largest copper repousse statue in the United States, while the Statue of Liberty is the first.

4. Catherine E. Coulson was supposed to come on the show for one episode.

She was continuously sought out for the second season of the show but was booked with regional theater commitments and couldn’t make it.

He even guest-starred in the show at some point, along with many other stars that came and went according to what the show needed at that time.

2. The show came to be after a few Portland-based occurrences that the creators took note of.

There were a few incidents in the Hawthorne district and other parts of the city that sparked the interest of the creators in making a show that parodied the city.

1. The final season will be debuting this year.Â

It was announced not too long ago that 2018 will mark the last season of Portlandia.

For anyone that hasn’t watched this show yet it might be a good idea to check it out just to see what it’s all about.