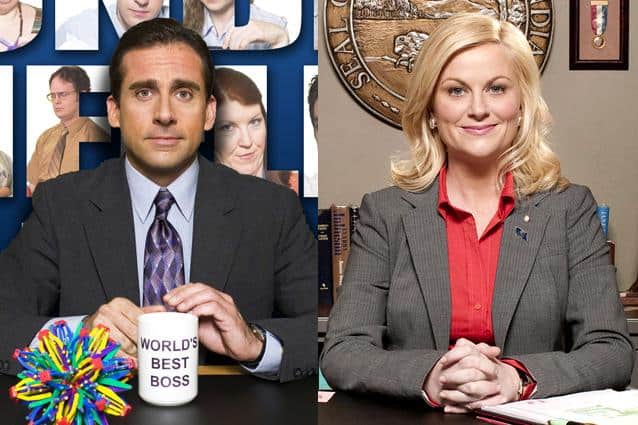 There’s no doubt a lot of arguments when it comes to which show is better, The Office or Parks and Recreation. Both shows had a phenomenal run and both had casts that were absolutely stellar since they made us care and made us want to invest ourselves in the characters and the setting. But for some reason Parks and Rec just seemed to do a few things better than The Office since they were a bit more simplistic in some ways and much more in-depth in others. It’s fair to say that both shows come out pretty even when it comes to their fan bases and how people reacted to the fact that they did eventually end. But overall it does seem as though Parks and Rec might have had the final laugh by the time it was all said and done, if only because the tally of how many things they did better was slightly higher.

Here are a few things that Parks and Rec did better than The Office.

Both shows had their fair share of people you might have rooted for despite their wide array of faults, but Parks and Rec had actual antagonists that were there to make life difficult for everyone no matter who saw them as favorable characters. It wasn’t so much about being misunderstood or having a reason to be a jerk, the bad guys in Parks and Rec were actual bad guys.

9. The relationships weren’t dragged out as long.

It’s true that a good relationship will take time to develop and will keep people tuning in with the whole ‘will they or won’t they’ aspect, but all in all Parks and Rec was far more cut and dry when it came to establishing a relationship between characters than The Office ever was.

8. A lot of the characters actually got to realize their dreams.

Fulfilling dreams is always a marketable aspect of a show since you want your characters to show some real depth and capacity for change. Unfortunately with The Office this didn’t seem to happen quite as often and when it had a chance to do so the characters kind of slipped and fell well short of their dreams.

7. There were more real-world stories that were easier to relate to.

So yeah, let’s chuck that word ‘realism’ out the window at this point since both shows went far wide of the mark when they were concocting ways to relate to the real world. Parks and Rec still managed to do a better job of relating to the real world through their many story lines.

6. The use of Rashida Jones was a lot more interesting.

On The Office, Rashida was basically the obstacle that seemed to be set between Jim and Pam, but was just the moody and often rude individual that was simply there once they got together. In Parks and Rec she was actually likable and got the chance to be a well-respected character.

5. There was a lot more world-building.

You’ve got to expand at times to make the world in which the show exists seem a little bigger than just the setting that fans see all the time. Parks and Rec did this on a regular basis while The Office did it every now and again, almost as a breather to get out of the office setting. In terms of building a world around the main set though it’s kind of important to show that there is something else beyond the main stage.

4. Both shows had a lot of guest stars, but Parks and Rec had a lot better selection.

This comes down to quantity instead of quality since both shows really did manage to bring on some great talent throughout their run. Parks and Rec simply stretched out to bring in more notable guest stars that could help out the show on occasion and keep viewers interested.

3. There were a lot of endearing characters on both shows, but Parks and Rec just had more of them.

Once again it’s more quantity than quality on this occasion. Both shows were very well equipped when it came to characters that people liked and wanted to watch, but once again, Parks and Rec was the show that really packed the people in there and made viewers care about them on a very personal level.

2. The characters’ family members are more integral to the show.

When you look back you realize that you didn’t really get to meet the family members of The Office all that much. There were a few that were mentioned and some that even popped up from time to time. But Parks and Rec had family members all over the place that had something to do with the story.

1. The ending to Parks and Rec was much simpler and just as good.

In short, Parks and Rec didn’t need a two-part finale and they ended on just as good of a note.

It’s not really that Parks and Rec was a better show, they were simply more efficient on a regular basis.