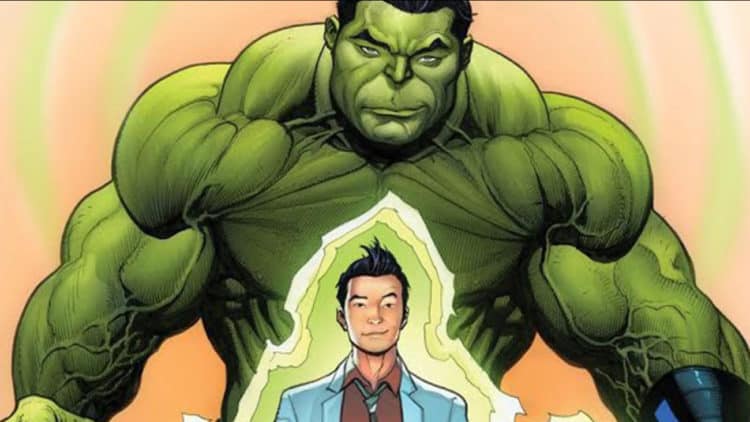 Amadeus Cho is a Marvel Comics character introduced in January of 2005. Since that time, he has become a full-fledged superhero, as shown by the fact that he has headlined his own comic book series. Here are 10 things that you may or may not have known about Amadeus Cho:

Religion-wise, Amadeus is a Methodist, which is a term that encompasses a number of Christian denominations inspired by the English cleric John Wesley. For those who are curious, there is indeed a Korean Methodist Church, which was started up by American missionaries. As a result, the church still maintains a connection to its mother church in the United Methodist Church.

Amadeus’s parents loved historical names. This can be seen in how his name was inspired by the famous music composer Wolfgang Amadeus Mozart. Likewise, his sister is named Madame Curie Cho, which would be a reference to Marie Curie, the Polish-born, naturalized French scientist who played a pioneering role in our modern understanding of radioactivity.

3. Participated In an Intelligence Contest Held By a Soap Corporation

For those who are curious, Amadeus was put on the path to becoming a superhero by his participation in an intelligence contest held by a soap corporation called Excello. The intelligence contest was held by a very intelligent but very disturbed individual named Pythagoras Dupree, who used it to find people to kill so that he could maintain his ranking on the list of the Marvel Comics setting’s most intelligent people.

4. Picked Up a Coyote Pup

Pythagoras Dupree managed to kill Amadeus’s parents, but Amadeus went on the run on a Vespa scooter. Over the course of his journey, Amadeus picked up a coyote pup whose mother had been hit and killed by a car, which generated a lot of sympathy on his part for obvious reasons. Due to this, Amadeus took the pup in for a time but winded up letting him go when he adapted to the wild because his life was getting too dangerous.

5. Sees the Hulk In a Positive Light

The Hulk played a part in saving Amadeus from Pythagoras Dupree’s hired killers. As a result, Amadeus sees him in a much more positive light than most, believing that he is a heroic individual who lashes out when he is provoked by others.

Besides the Hulk, Amadeus is associated with Hercules as well. It is interesting to note that Hercules has stated that Amadeus reminds him of Hylas, who was one of Hercules’s young male lovers in Greek mythology. In short, Hylas was the son of a Dryopian king and a daughter of Orion, who accompanied Hercules on the Argo but went missing in Mysia because the local nymphs kidnapped him. As a result, Hercules and one of the other Argonauts searched for him for a very long time without success, so much so that the Argo was forced to sail without them.

At one point in the comics, Amadeus was chosen by Athena to serve as the next Prince of Power. With that said, his relationship with the goddess is complicated to say the least, not least because of what that choice meant for Hercules, who was the previous title-bearer.

8. Has Picked Up Hulk Powers

Later on, Amadeus managed to pick up Hulk powers, which he was much more enthusiastic about than his predecessor Bruce Banner. With that said, it wasn’t too long before potential complications started showing up.

9. Not Necessarily the Best At Making Offers

On one occasion, Amadeus decided to convince Power Man, Spider-Girl, Thunderstrike, and X-23 to form a new superhero team with him. To do so, he put them in the middle of the Pacific Ocean where they were promptly attacked by samurai sharks. Due to the manipulative nature of the offer, the other superheroes turned him down.

10. Fears Being Responsible For the Bad Things That Have Happened in His Life