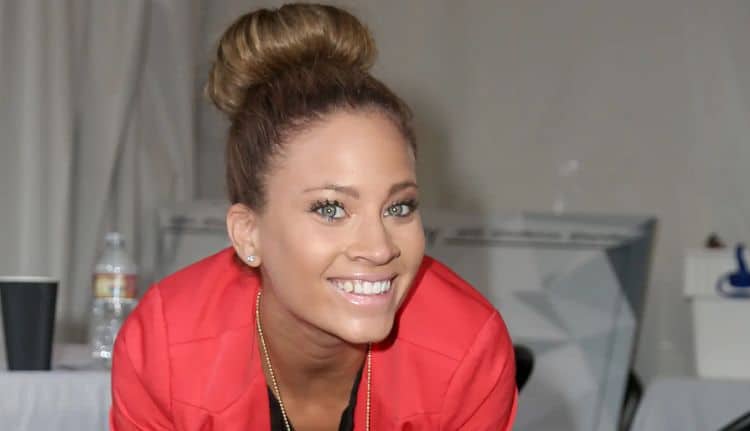 It’s often difficult to keep up with all of the Big Brother guests after so many seasons. Amber Borzotra is a contestant from the sixteenth season of the show, and she did make a memorable impression. Fans flocked to her to follow her on social media, to learn more about her, and to see what her life is like right now. She’s someone worth getting to know, so we thought we might bring you everything we’ve come to learn about the reality television star that you might not already know.

Amber is in her 30s. She was born on January 13, 1988, which means she only just celebrated her 33rd birthday in January 2021. She looks great, and it’s because she is a huge fan of taking care of herself, mind, body, and spirit. It’s so important, after all.

If we are being specific, she’s from North Hollywood. It seems that no matter which coast you live on, anyone who lives in a community that has a similar name as another has to be very specific. It is, after all, two very different cities. Far be it for us to get that wrong.

3. She Has a Great Career

When Amber is not spending her time working as a reality television star, she’s working as a model. She’s obviously gorgeous, so we assume that her good looks and her talent took her far in this industry. However, it’s her career that really excites us. She’s an esthetician, which means she’s working making men and women more confident in their own bodies. It doesn’t get any better than that.

She’s very active. She loves to spend time outdoors, but she really loves to spend time having fun doing active things. She’s a huge fan of outdoor activities such as hiking and rock climbing. Give her some water and a kayak, and she’s good to go. She’s also very fond of activities we might never try, such as spelunking. Otherwise, she enjoys things we do, too, such as horseback riding.

She has a lot of hobbies, but some of them are a little daring. Skinny dipping, for example, is something she’s fond of doing. She also has no problem with heading out on the farm and taking part in some cow-tipping. She also likes to streak. Essentially, the more daring the activity, the more likely she is to take part in it, if we are reading her correctly.

This is important because I, too, hate bananas. The smell, the taste, the texture. There is nothing right about a banana. If you have a banana or something with a banana in it, I’m going to pass. Amber isn’t a fan, either, which really does validate my own feelings.

8. She’s Not a Fan of Creepy Crawlies

Unless you’re a very enthusiastic bug lover, who is? She’s not a fan of two very specific species. Snakes and spiders are not her jam. She’s not into them, they scare her, and we imagine that screaming is something she does when she sees one or the other. Again, we feel this.

9. She’s Willing to Do Anything

When it comes to winning, Amber’s motto is that she will do anything it takes. She does say that it’s almost anything, but you get the point. She’s in things to win them, so she will do what it takes to make that happen no matter what she has to do, sacrifice, or make happen in the process.

Everyone has a motto, right? We all have a saying we turn to when things are not going our way and we aren’t in a good place, and hers is a good one. She knows that things could be worse, so that’s her motto. Things could be worse. She could be in a different situation. No matter how bad it sounds or feels right now, it could always be worse. So, she’s always good to go and able to get through her life.