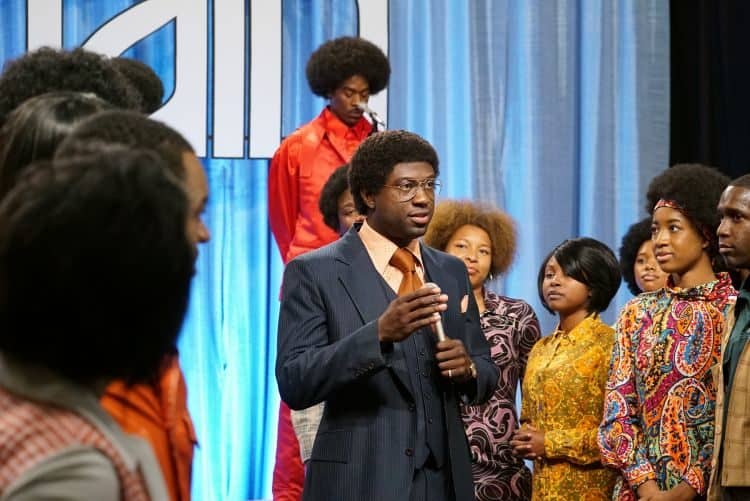 American Soul is drama television series that premiered on BET on February 5, 2019. The series is set in the 1970s and has a musical theme with musical performances throughout each episode. A secondary theme of the series is the perception of the African-American culture, both in the United States and in other areas of the world. The first season has just four episodes. Here are 10 interesting facts that you may not know about the new series ‘American Soul’.

1. It Was Created by Jonathan Prince and Devon Greggory

The series was co-created by Jonathan Prince and Devon Greggory, both of whom are also writers and directors for the series. Prince is an actor, writer, producer, and director who is best known for creating ‘American Dreams’.

2. Sinqua Walls is One of the Lead Actors of the Ensemble Cast

The series has an ensemble cast of talented singers and actors. Sinqua Walls plays the role of Don Cornelius, who is one of the lead characters in the storyline. Walls is a former basketball player who became an actor of both film and television. He is probably best-known for playing Vernon Boyd in ‘Teen Wolf’ and Daniel in ‘The Secret Life of the American Teenager’.

3. There are Exciting Guest Appearances

American Soul features many exciting guest appearances by people who are well-known in the music industry. Some of these include Michelle Williams, Bobby Brown, K Michelle, and Gabrielle Dennis.

4. It is About Don Cornelius

The main basis for the story line is an account of how Don Cornelius created the famous music series ‘Soul Train’. Cornelius was a television host and a producer, and it was for this series that he was best-known. By creating this show, Cornelius shaped how African-Americans were perceived both by the media and by the public, especially in relation to the music industry.

5. The Storyline is Based Around ‘Soul Train’

This series not only shows how Cornelius created ‘Soul Train’, but also what happened during the production of the show during the 1970s in Hollywood. The storyline highlights different aspects of the lives of the singers, dancers, musicians, and crew.

6. Kelly Rowland Has a Recurring Role

There are several celebrities who have a recurring role in this series and one of these is the talented artist Kelly Rowland. The solo artist and former Destiny’s Child member plays the role of the legendary singer Gladys Knight in American Soul. Knight was a big name in soul during the period that this series is set.

7. The Series Was Filmed in Georgia

Although the series is set in Hollywood in the 1970s, it is filmed predominantly in Atlanta, Georgia. Some of the shoot locations included Downtown Atlanta, Atlanta Motor Speedway, Armour Yard, and Pullman Yard. Shooting also took place at Sandy Springs, Georgia. The filming took place between September and December 2018.

8. It is Produced by Jesse Collins Entertainment

The production company responsible for ‘American Soul’ is Jesse Collins Entertainment. This company was founded by Jesse Collins, who is the executive producer for the series. Jesse Collins is also an actor and director. He is best-known for his role in ‘Katts and Dog’ and for directing the series ‘Zoboomafoo’.

9. The Series Premiered During the Soul Train Awards

The series premiered in November 2018 at the 31st Soul Train Awards. This is an annual event that honors those who have made a significant contribution to soul music. Premiering the series during this music industry event was a clever marketing strategy to promote the new series. It encouraged those in the industry to talk about the series prior to its official launch on television in February 2019.

10. Some of the Key Players Are Linked to Other BET Projects

Some of the professionals involved in the creation of ‘American Soul’ have previously been involved with other BET projects. The two most significant of these projects are ‘The New Edition Story’ and ‘The Bobby Brown Story’. Jesse Collins was not only the executive producer for ‘American Soul’, but also for both these shows. Similarly, Fatima Robinson is the choreographer of all three productions and Babyface has acted as the music director for each of the productions.