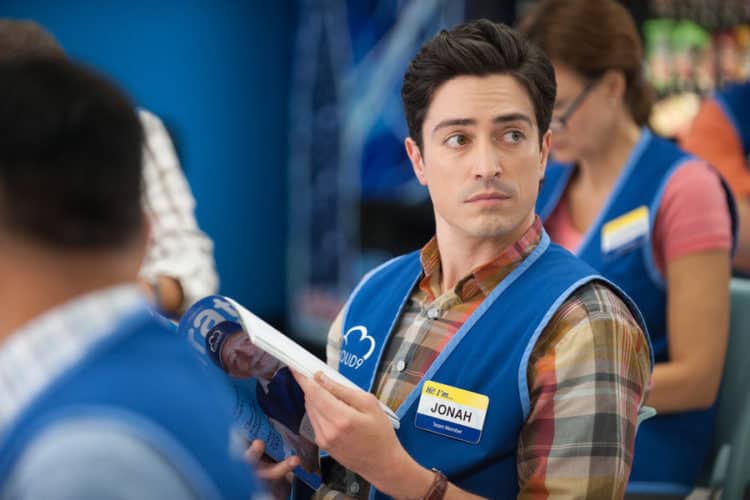 You probably know Ben Feldman as the star on the modern day NBC sitcom Superstore. He has actually quite the impressive resume beyond that show. He has been around the big screen for quite some time, even given his relatively young age. As an actor, he currently lives in Los Angeles where he continues to perfect his career as an actor. Beyond that, you might not know much about him. To help you, here are ten things that you probably did not know about Ben Feldman until now.

While Feldman is young, he actually broke into acting in a big time way back in 2003. This is when he played a major role in the made for television movie Frozen Impact. It was from there that he would start getting pick up by major productions from that point on.

2. His Wife is a Justin Bieber Fan

When you are married to a celebrity, fans are always about the spouse as well. Ben is happily married, but it is interesting to note that his wife is a huge fan of Justin Bieber. She has been to many of his shows, and Feldman can be seen in many selfies with his wife.

While vacationing one year, Feldman has a major run-in with the sea urchin. As often happens with critters in the ocean, the sea urchin won. He took it all in stride, however, and posted some great pictures of the injuries to his feet online for the world to see.

4. Crab is His Food of Choice

While Feldman might not be a fan of sea urchins, he happens to love crabs. In fact, he eats a lot of them. This, again, is captured in more than a few pictures that he has posted. He frequently has parties at restaurants that serve up his favorite seafood dish.

5. He is a Major Fan of America Ferrera

Sure, she is the co-star of Superstore. At the same time, she is very much admired by Ben Feldman. It is comforting to see a star be so enamored by his co-star in a non-romantic fashion. They are friends on and off the show.

6. He Was Huge Into Mad Men Prior to Being Cast For a Role

You might know that Feldman was a regular on Mad Men, but what you might not know was that he was a huge fan of the show before that. He was so nervous on this first day that he swears he left sweat stains all over the set.

7. He Did Not Like the Clothes He Wore on Mad Men

He would perform on Mad Men for three seasons, during which time he played the role of Michael Ginsberg. While he loved being on the show, he is known to have hated the clothes he had to wear. He swears the producer went to the bargain basement to pull out some of his outfits.

8. He Is A Huge Supporter of LGBTQ Rights

Feldman is happily married to this opposite sex sweetheart, but he equally supports the right of same-sex couples to marry. He has posted images of himself in equal rights clothing on his social media Twitter account to demonstrate his support, particularly after the Supreme Court ruling in 2015.

9. Skeet Shooting Is How He Lets Out Steam

As an actor, Feldman must spend a lot of time indoors. There are times when just wants to get outside and let out some steam. For him, that means heading out to do some skeet shooting. If you don’t believe us, look up some images of him shooting online.

10. His First Job Was Not As An Actor

You might be tempted to think that acting is all that Feldman has ever done. However, his first job was actually at Baskin Robbin as a teenager. That did not go so well for him. He was actually fired from his position because he was caught giving away free ice cream to his younger friends. What a generous guy he is!