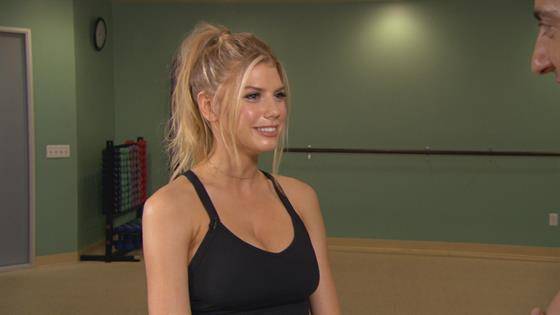 It’s hard to think about just what it might be like to be a celebrity that’s constantly being hounded by the paparazzi, especially when it seems as though they have no expectation of privacy just walking down the street during the day. But Charlotte Mckinney seems to take it in stride as much as she can. The actress/model seems to be the type that has had to deal with enough people being in her face throughout her life that she’s learned how to tune a lot of it out. That kind of attitude is usually best since railing at the paparazzi doesn’t seem to do much good since they seem to be trained to follow anyone that they’re assigned to in order to get paid and get whatever dirt they can. That might seem to be more of an annoyance to most people, and it is, but it’s how they get paid to be honest.

Here are a few other things you might not have known about Charlotte.

10. Charlotte dropped out of school at 17 to become a model.

This is and isn’t much of a surprise since so many people that feel strongly about becoming a celebrity in one way or another don’t seem inclined to wait until their high school years are over. They want the career now, and some of them even seem to think that if they don’t start out early then they’ll miss out. Charlotte’s motivation is kind of unknown but it’s obvious that she wanted to get her career up and running.

It seems as though more and more celebrities are being found to have this problem, though it’s not an epidemic, merely something that’s existed for a while that’s now getting notice. Honestly there’s nothing so wrong with having dyslexia, it’s something that many people throughout the world have and work hard to correct.

8. During puberty she had to endure a lot of bullying.

It sounds as though Charlotte started developing early on in life, and for anyone that knows this can present some problems in school since kids are notoriously cruel when it comes to pointing out differences and targeting the people that have them. The fact that her body started to change ahead of everyone else couldn’t have been easy in any regard.

7. She’s been called the next Kate Upton.

It’d be better if she was just called the first Charlotte Mckinney to be honest since unless a person aspires to be like someone in every way then it’s usually best to assume that they want to be known because of their own name, merit, and skills. It’s all well and good to compare people to others, but it’s also important to be yourself.

6. Charlotte is very comfortable with her body and knows what she wants out of her career.

She admits to not being runway material and that she has a rather alluring figure. The woman looks at herself in the mirror everyday, of course she knows. But she also knows that as much as she’ll be defined by her body she also wants something else.

5. Going by the year she started Charlotte hasn’t been around all that long.

Her career started up in 2014 so quite honestly she hasn’t been around the business for very long and has a ways to go to really be recognized as someone that’s able to carry a bigger role than anything she’s taken so far. The chances are good that she’ll get those roles if she keeps making improvements and growing as an actress, but it might take some time.

4. She’s got a very impressive number of followers.

3. Charlotte doesn’t seem to mind posing for pictures with fans.

Just watching a couple of videos of her being harassed by the paparazzi it was still impressive to see her take the time to stop and pose with a fan when asked to do so. Some celebrities would say no and keep on walking, but she was pretty cool about it.

2. Being in her 20s she’s still got a lot of years left for a promising career.

There’s a lot of time left on the clock for her in terms of creating and maintain a successful career, be it modeling or acting. There’s not a lot of limits that she could meet that would keep her from pushing forward as of now.

1. There’s a lot more emphasis on her body dimensions than her acting.

If you take a look at a lot of the articles that are on the internet about her you’ll see her body being a big part of the articles or blurbs. That’s great and all, she’s beautiful and very put together. But it’s important to find some substance about her as well.

If we judged people on their bodies then a lot of beautiful women would be featured in these articles while some might never have become famous at all. Always try and find the substance.