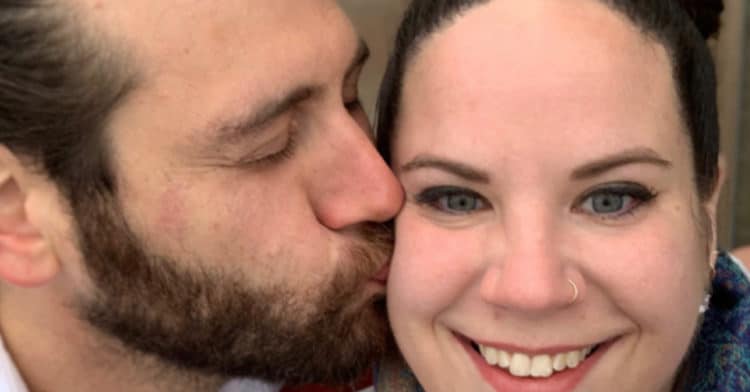 Chase Severino, was born on June 7th, 1990, and the 29-year-old man is no longer single. He first got a lot of people’s attention when Whitney Way Thore posted him on her Instagram. At first, the pictures started as images of them casually hanging out together until the point she posted him as the love of her life. Generally, before he met Whitney, he lived a simple life without fame. What do you know about Chase Severino? Here are some few things about him that might intrigue you.

“Big Fat Fabulous Life” has been following the life of Whitney throughout her weight journey and past relationship experiences from her getting cheated on to finding out that her ex-boyfriend was related to her. Chase is now part of Whitney’s love life and Fiancé. Therefore, Chase is a newcomer on the “Big Fat Fabulous Life” in season 7, where so far, the audience has watched their first date. Hopefully, we will get to see more of Chase, about their relationship and how they got engaged.

2. How did Chase get to meet Whitney?

Would you risk spending your time meeting a person you do not know when the only little information you have about him is his name, age, and maybe occupation? For many people, blind dates or dating people whom a friend has introduced you to do not proceed past a few dates because so many people later realize they are not compatible. On the other hand, Chase was willing to get to know Whitney; thus, over the last couple of months, their relationship has grown. Chase and Ryan Andreas were best friends from college while Whitney and Ryan are business partners at NoBS Active, which is all about fitness from clothes to diet to workout videos. Therefore, Chase and Whitney got introduced by Ryan, and they are currently engaged. Apart from Whitney being his lover, Chase also considers her his best friend.

3. He proposed to Whitney in Paris

For decades Paris has been crowned the city of love; from the people’s culture to their language, food, and the beautiful sceneries. Chase is a romantic guy, and he could no longer suppress his desire for Whitney. Consequently, on October 9th, 2019, he went down on his knee in front of the Eiffel Tower, where he proposed to her, according to People magazine. Whitney was surprised at first, which later changed to excitement. After two months, the two could no longer keep it a secret; therefore, on December 3rd, 2019, Chase revealed to his followers that they were engaged.

Chase attended the University of North Carolina in 2013 and graduated with a Bachelor of Science in accounting and finance. After that, he worked as a revenue field auditor for two years at the North Carolina Department of Revenue. Additionally, Chase became the Director of Beverage Operations in Wilmington. In 2019, he said that he got a new job as the manager for Amplify bar.

5. Chase is comfortable with Whitney’s weight.

Chase was not bothered when they sat on a hammock swing with Whitney, who was more concerned about the maximum weight the hammock swing could carry. Furthermore, it initiated a conversation about how much they weigh; Chase was 200 pounds. Whitney made him guess her weight, which was 330 pounds and Chase was okay with it.

6. Chase and Whitney’s friends were not on the same page.

Friends majorly contribute to our happiness in life, as researched by psychologists. Furthermore, they fully or partially influence the relationships we are involved in, whether positively or negatively. When Chase got introduced to Whitney’s friends, they were not impressed by the way Chase and Whitney took things fast. Later on the show, we see Ashley thinks that the word “boyfriend” was a pretty big word to use for a person that Whitney started dating recently.

Chase has a younger sister Kylie, and they were raised in North Carolina before moving to Clayton. Chase Severino’s mother is Dorian Severino and his father, Harry Severino, unfortunately, passed away in 2014. Harry Severino was a baseball player who had graduated from Marshall University in West Virginia and later became a sales consultant for some car dealerships.

8. He likes knowing what is he is getting himself into

Almost everybody gets into a relationship with some baggage which is part of life. Trust issues can also cause problems, and it can creep in at any point in the relationship. Chase and Whitney were on their first date when he asked Whitney about her past relationships. Besides that, he went ahead to ask her about Buddy, her ex-boyfriend, after Whitney mentioned that they had kissed with Buddy a couple of months before the date. Whitney assured Chase that they were just friends because Buddy made it clear that he had no feelings for her. As a result, Chase was more at ease when he heard that nothing had happened between them. The two later dismissed the topic about Buddy and enjoyed the rest of their dinner.

9. He appreciates transparency in relationships

When most of the people are in a love triangle, they tend to form a rocky relationship with the other person because of the competition that arises. For Chase, he could not let jealousy get the better of him. Therefore, he decided to talk to Buddy, who had kissed Whitney in the last season. Chase laid out his honest feelings and asked Buddy whether he had feelings for Whitney. Furthermore, Chase thought that the relationship between Buddy and Whitney turned from friendship to co-dependency.

Given Chase Severino’s age, you might think that the star would be interested in clubbing. On the contrary, he enjoys chilled nights or days at a local club joint. He told Whitney that he loves breweries Since there is a brewery in town that only brews cider they both agreed to go and try out the Cider brewery.

Frozen 2 Gets the Honest Trailer Treatment