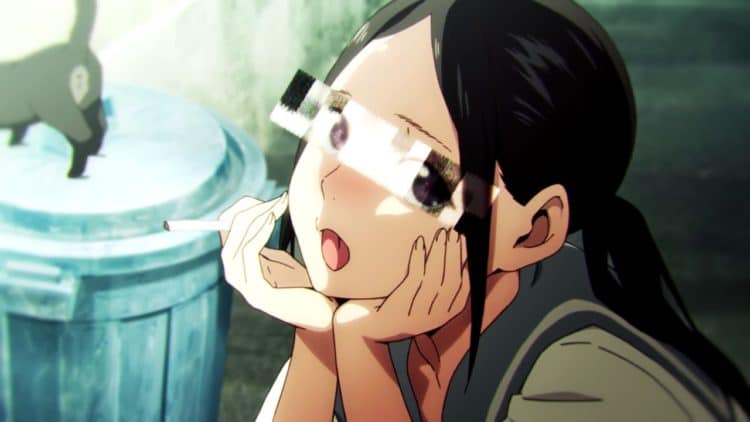 “Chio’s School Road” is an anime that has become wildly popular. It’s the story about a girl who personifies the typical bookworm nerd type and as many nerds, she is a creature of habit. She takes the same old route to school but it has turned into an amazing adventure, at least for the viewers. The anime is funny and the humor of her situations keeps everybody tuned in and wanting more. Here are 10 things that you probably didn’t know about “Chio’s School Road.”

1. Almost everyone can relate in a nightmarish way

Have you ever had dreams where you were trying to get to a certain place and something kept getting in your way? Well, this is something that happens all the time for Chio. She comes up against one roadblock after another. Before she can bypass the roadblock, she has to perform some huge and very involving task before she is allowed to pass by. This almost sounds like something out of a bad dream.

2. The manga is available and the first season has captured the hilarity

Those who are familiar with the manga have an idea of where the series might go in the future. Just as the manga is filled with humor so is the first release. It shows a lot of promise so far. If the writers can keep it going in the direction it’s taking now, it may pull in even more viewers.

3. The reviews are still mixed

“Chio’s School Road” was recently released and it’s new, but it has its share of anime fans who are always on the lookout for an exciting or funny new adventure show. The first episode generated a lot of reviews. There were a few who voiced the concern that it’s going to become repetitive, and while this is always a possibility, we’ve no reason to speculate that it will be the case just yet. Most people who had something to say thought the show was cute and very funny if not downright hilarious. While the reviews are still mixed, they’re mostly positive and there’s high expectation for the new episodes of the show that are still to be released.

4. Her determination teaches us all something

Chio is a girl that shows us what it is to have raw and undeterred determination. The greatest challenge she faces every day isn’t in the roadblocks that she must get by. It’s none of the things that distract her from her goal. This is because her main focus is on getting to school on time. It’s a mission and something that she is set on achieving. Even though she’s frequently tardy, it’s not even so much as making it there period as it is in making it before that magical tardy bell rings. If we were all so dedicated and focused to one aspect of our own lives what could we accomplish? The lesson we can learn in to keep trying no matter what.

5. The format is a little long

Okay, we’re being nice here. The format for the episodes is too long. It’s only a half an hour long in weekly installments but it’s hard to follow the character for a half hour. It might be a better idea to shorten the takes into 15-minute segments or maybe even three tens. It’s funny in parts but in being honest, there’s a lot of the same stuff going on and it’s already a bit too predictable, but hey, it’s early and things could still evolve.

6. The show has a hilarious teacher

It seems like most of the better shows that involve kids in school are improved with an interesting supporting character who is the teacher. “Chio’s School Road” has one such teacher and although he’s not an exactly great role model, it’s hilarious to see him looking through “compensated dating” ads. Most of us have an idea of what that really means, but it’s still funny.

7. The obstacles are more psychological than physical

The anime may lose just a little of its appeal because more of the obstacles keeping Chio from getting to school on time is psychological. We like seeing action and battle of foes as well as the tackling of daunting challenges. The majority of viewers are more into the physical than what goes on in her head. It would be easier to relate to the character if she were perhaps just a little more psychologically stable with a few eccentricities.

8. Most of us can see ourselves in her

Aside from her more glaring oddities, there is something about Chio that reminds us of times in our own personal development. She’s an awkward girl who gets embarrassed very easily. It takes us back to times when the red-hot heat would creep up our necks resulting in a deep and obvious blush that made the situations seem all the worse. It’s obvious to see that many of her psychological issues are due to her incessant gaming that leaves little time for socialization. She goes through developmental stages that are common, just in an exaggerated way.

9. There’s hope for a new friendship

We saw in the second segment that Chio is trying to talk to one of her classmates named Hosokawa. She made a mess out of it due to her social anxiety, but it was a start. The show needs to develop more interesting characters to give it a sense of balance. It’s a bit too Chio-centric as it stands.

10. Chio shows us snapshots of ourselves

The character is someone that most viewers can empathize with. Although she’s her greatest enemy and her issues are mostly of her own making, who hasn’t done that in their own lives. For those of us who’ve had our own cringe-worthy moments, her character has an uncanny way of transporting the viewer back to that time. She is actually in many ways, a representation of people as they truly are without the facades, at least in parts.