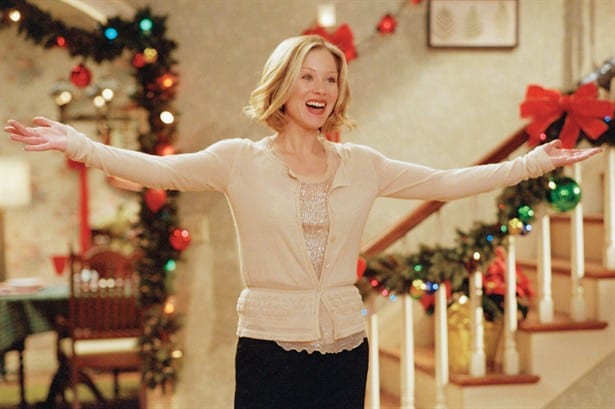 A lot of us probably still know her as Kelly Bundy from Married…With Children, but Christina Applegate has done a lot since then and has made herself into one of the more popular actresses in show business through a lot of grit and determination. It seems that she really had to work against the reputation that the show bestowed upon her since being the blonde ditz was her biggest claim to fame for a good chunk of her career at one time. Breaking out of it took a while, but now that she’s here and able to claim a career that she created, and one that doesn’t involve her being moronic or stereotypical all that often, she’s become the woman that a lot of us thought she could be at one time. Seeing her come out in a manner that’s not overly-sexual is awesome since it’s allowed her real talent to blossom, and it’s been nothing short of impressive.

Here are a few things you might not have known about Christina.

It would seem that there are a lot of celebrities that have taken up this cause an are more than willing to speak on their behalf. It’s kind of inspiring really but unless you’re one of those that thinks it’s a worthy cause, which it is, there’s not much to discuss on the subject.

9. She took her GED during her junior year in high school and passed.

It is a big hope that not a lot of people bought into the fact that she played a blonde airhead on TV, as she’s been credited as being a rather intelligent woman throughout most of her career, off camera of course.

8. Her first appearance on TV was as an infant.

The first time Christina took to the screen she was an infant and it was for a diaper commercial, so it’s fair to say that some people might not credit this since she really had no control over what was happening.

7. She went to school with Mila Jovovich.

This is kind of amusing since in the show Married…With Children Mila plays an exchange student named Yvette that the Bundy’s take in so as to earn a check that they use, of course, for anything other than Yvette’s needs. But in the process Yvette begins to upstage Kelly in school and falls behind in her grades, so she has to go home.

6. At one point she was diagnosed with breast cancer.

Thankfully early detection meant that she got to it in time and was able to get rid of it without any harmful effects other than that treatment that she had to go through. She had a double mastectomy despite the cancer only being in one breast. Some women choose this for their own reasons.

5. She used to be a big fan of the game Guitar Hero.

Unfortunately she started experiencing intense migraines while playing it and had to take a break from the game for a while. Eventually she had to quit the game altogether since it just wasn’t helping her in any way. It’s kind of amazing how many celebrities still play video games, but also very enlightening.

4. Christina auditioned for a role on Who’s the Boss?.

She auditioned for the role of Samantha, but it went to Alyssa Milano instead. It’s kind of good that it did to be honest since she seemed to fit the idea of the show and the look of Tony Danza’s daughter a little more than Christina would have.

3. She had her ovaries and Fallopian tubes removed to prevent ovarian cancer.

It kind of seems as though Christina might be predisposed towards cancer due to heredity if she went this far in trying to keep herself safe. A lot of women worry over this, but then again a lot of them don’t tend to take things this far unless they’re certain that something might happen, or if there’s any chance that it could. People know their medical history and bodies well enough much of the time, but this seems drastic if nothing was bound to be wrong with her, otherwise it seems like a precaution that some might not understand but one that she felt was necessary.

2. She was very candid about her time on Married…With Children.

Christina openly admitted what everyone already knew, that the Bundy’s and everyone else were horrible to each other on the show and it was absolutely disgusting and altogether wrong, but people laughed at it anyway. Instead of wanting their family to be like the Bundy’s people would actually be grateful that they WEREN’T like them. It was the kind of show that depicts the necessity for humor when something seems so awful and dark, otherwise the show would just been too depressing.

1. She wasn’t an out of control teen, for which she’s thankful.

Christina states that unlike a few famous teens she wasn’t out buying anything and everything her money would get her, as her mother kept her grounded and able to actually save her money now and again.

From where she’s been to where she is now is nothing short of a long and arduous ride, but it’s been worth it to have her around.