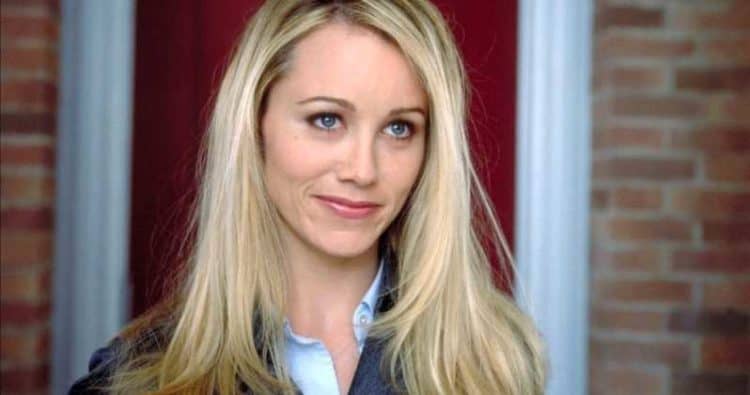 Chances are you’ve likely seen Christine Taylor in a lot of places since she’s been around for a while and has made herself known quite often in movies and in TV. While the role of Marcia Brady is one that she’s most known for it’s also fun to point out that she managed to star with her ex-husband Ben Stiller in a few very notable movies as well. Throughout her career so far she’s been the kind of person that loves what she does but isn’t really out to impress people as this isn’t her primary goal. Be that as it may she’s still able to turn heads and make people stand up and take notice of her as she tends to play very strong-willed roles that make it obvious that she’s one of the more intelligent people in the movie or show that she happens to be starring in. In many ways she’s a very strong person that a lot of people happen to like.

Here are a few things you might not have known about Christine.

At one point she loved to play the game and had lofty aspirations to become a tennis player. But then her brother told her that she wasn’t all that good and it kind of deflated her hopes just a bit. There’s nothing like a sibling to bring you down to reality.

9. Christine isn’t much into the club scene.

As I stated above she’s not much into impressing people and it’s kind of common knowledge, or it should be, that impressing people in a club is how anyone gets noticed and doesn’t get ostracized by the crowd. It’s a lot of work to go into a club and get noticed by people.

8. She started her career on Nickelodeon.

She’s one of the many that managed to get her start on the network. Christine was on the show Hey Dude for a while when she was younger and managed to stick in there long enough to boost her career so that she would have something to move on with when she finally did.

7. Both she and her former husband are vegan.

It doesn’t sound as though she’s an activist but she did switch to veganism for her health, as did her ex. There’s enough to be said about a vegan lifestyle that makes it appealing to some people, thought of course a lot of people don’t understand it and therefore feel the need to call it odd or unconventional.

They were married in 2000 and spent a lot of good years together, but something just drove them apart after a while and despite all the good times they decided to split and did so more amicably than many couples that have parted ways.

5. It’s kind of rare in her career that she’s been a recurring character.

In terms of TV this is true since she’s been around for a few episodes on a lot of shows and then moved on. It would almost seem as though she used the TV appearances as a way to boost her career a bit before finding working on another movie set. It’s a smart move really since it would keep a person relevant enough.

4. She did guest star in one episode of My Name Is Earl.

This was kind of a funny episode since Earl thought he’d found the woman of his dreams in Christine’s character, but karma had other plans as a swarm of bees started to attack Earl left and right, forcing him to run away from her without a word. Unfortunately when he came back to explain he found that the bees had turned on her the moment he left. It just wasn’t meant to be unfortunately.

3. Christine and Ben Stiller are still friendly with one another.

Both of them are still able to get along with each other and agree that their kids are the main focus of their lives. This is kind of nice to see since in a lot of divorces too many couples seem to feel the need to drag the kids through the muck with them as bargaining chips. These two are doing it right however and it’s quite nice to take note of.

Yep, she’s worth quite a bit it would seem and while it could come from her career it also seems to indicate that she’s got a bit of business savvy to her as well. Something has made her worth this much after all and it doesn’t seem like acting would account for all of it.

1. A lot of people still recognize her as Marcia Brady from the Brady Bunch Movie.

It’s almost as though a lot of people believe that she was the original Marcia, though of course a lot of us know better.