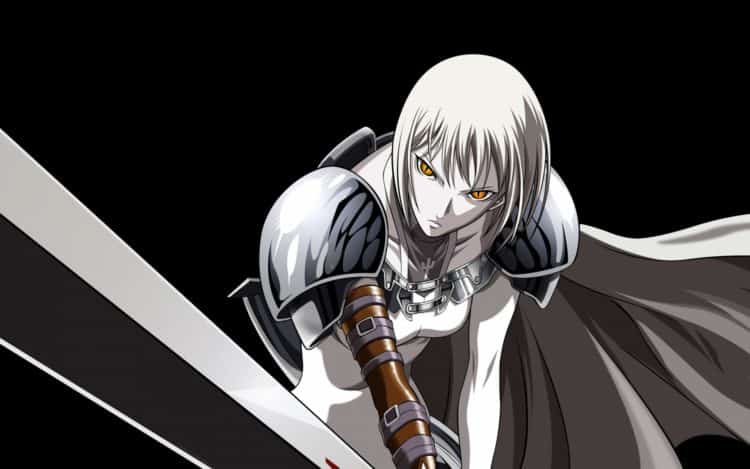 Claymore is a dark fantasy genre that came out in a manga series that was both written and it was illustrated by the author Norihiro Yagi. It’s one of those stories that has the power to deeply entrance you but it has some disturbing moments. If you’re not sure if it’s one that you want to try out, here are ten things you didn’t know about Claymore that may help you make up your mind.

This can be both good and bad. If you’re an avid reader and you have the time to spend, there’s plenty of reading ahead for you, and this makes it a very good thing. If you’re not a patient person and you’re short on time, you may find yourself reading volumes of the manga and leaving other responsibilities for another time.

2. Claymore is available in an anime series

Claymore was adapted from the first eleven volumes of the manga in an anime series that consists of twenty-six episodes. Madhouse is the studio that performed the work with the direction of Hiroyuki Tanaka. The series first aired on NTV in Japan in the spring of 2007 with a five-month run.

3. There’s a CD of Claymore out

If you’ve watched the anime and as many people do, have fallen in love with the music, you’re in luck. A soundtrack in CD for the anime series and an additional CD for the character songs have been released. They came out in 2007. The music for the series is inspiring to say the least.

4. An English release of the Manga is available

Viz Media released an English version of the manga in North America in April of 2006. This may be something worth checking out if you’ve seen the anime and are interested in a more in-depth perspective of the story. There are often many variations between the original manga and the adapted versions and it can be fun to compare them. Some prefer the manga while others like the anime adaptation more.

5. You can get Claymore on DVD and Blu-ray

If you want to own copies of the anime then you can still fnd them. The title has been released in North America by Funmation. They’re the company that released the first DVD in the series and it first came out in the Fall of 2008. It’s also available in New Zealand, Australia and in the UK.

The series takes place on a medieval island and it’s packed with adventures. Humans are under constant threat by a group of humanoids that feed on humans and have the ability to shape shift. They’re called Yoma. The term claymore, which is the title of the anime is better understood because of the female warriors in the story who carry claymore swords, from old scottish war.

7. There are silver eyed witches in the story

This is another fun fact about Claymore. In following with the medieval theme, of course, there has to be a witch in there somewhere. The female warriors are adorned with silver eyes and they’re referred to as silver eyed witches. They have a strange demonic power that will send shivers down your spine.

Throughout the anime, there is a lot of fighting with swords. One of the ways that the warriors gain rank and individuality is by mastering a variety of unique sword techniques. There are many different and cool moves to see and the moves are very impressive. They’re so talented and skilled that their enemies can’t even tell which direction the sword is coming from.

9. There is a European medieval connection

Don’t get us wrong, the setting is not in Europe, but the anime contains so many similar elements that like the setting with Europe, but there are also differences to remind you that it’s not. Still, we see hints of it in the architecture for the cathedrals and a gothic styling that is reminiscent of France in the medieval ages. The sword is also a direct link to the Claymore swords native in the country of Scotland.

10. Death can come from anywhere

There is a certain darkness about the story that makes you feel as though death is around every corner. You’ll discover this a few episodes in. There are quite a few scenes that remind us death can be gruesome as well as swift and it’s a reality in the world of Claymore.

Five Actors Who Should Play Steve Bannon in a Movie