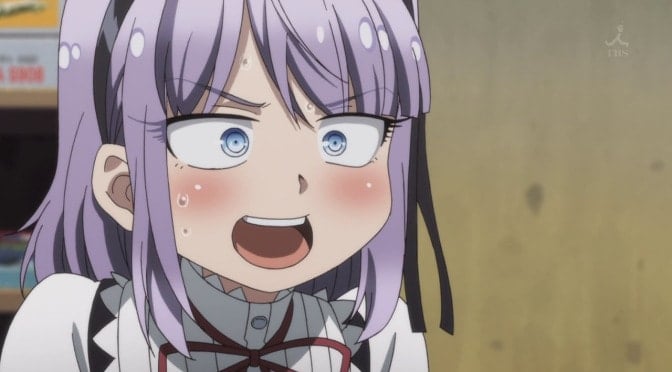 Dagashi Kashi is rather interesting in a number of different ways. Granted, many people like it because of its story but it’s also interesting because it hasn’t really taken the form a lot of traditional Japanese anime. You might even say that for the most part, the whole process happened in reverse. You want to know more about it, read through these 10 things below.

1. There are currently 11 volumes

Right now, there are 11 different volumes of this story written in light novel form. That being said, it certainly wasn’t always the case. As previously mentioned, this is a process that has not really occurred in the traditional way but if you want to know more about the specific details, you’ll have to keep reading.

2. It’s been serialized since earlier this year

It wasn’t actually just serialized in the manga earlier this year, something that is very different from most stories as far as its progression from one type of entertainment to another is concerned.

3. It was actually an anime television series two years ago

The thing that really makes this title stand out is that it was an anime television series two years ago. That’s right, it doesn’t follow the usual progression of being a light novel which is serialized into manga and then shows up as an anime series. In fact, it was an anime series before it was anything else and the rest of the blanks for filled in afterward.

Many people thought that a second season was completely out of the question because there was so much time between seasons one and two. It’s already been stated that the first season occurred two years ago. The second season didn’t air until earlier this year so there was a full two years in between them. It’s interesting to know, but it’s not the first time this happened, either.

5. It is actually considered a romantic comedy

While so much Japanese anime is set in a dystopian society or involves some type of fantasy, this one is a romantic comedy, something you really don’t see that often.

6. It is intended for a male audience

When you hear the word romantic comedy, you usually think about something that is designed for women to watch while men go find something else to do. In this particular case, quite the opposite is true. The whole story is designed to attract male viewers, not the other way around.

7. It seems like a sweet, simple story on the surface

At first glance, this seems like a story that is nothing more than something relatively sweet and innocent about everyday life that many people would consider mundane. Of course, that really isn’t the case and if that’s the only thing you’re getting out of it then you probably haven’t washed it for more than a few minutes.

8. In reality, it’s about growing up and finding out who won really is

The true basis of the story is about coming of age and learning to be true to oneself as opposed to simply existing in order to live up to the obligations that others have placed on a person. This can be very difficult when your own goals differ from the goals of those who you love. That’s exactly the type of situation that occurs in this story and it’s interesting to see how they handle it as the story progresses.

It’s true that each anime season is similar in the sense that each of them has the same number of episodes. Both seasons one and two are comprised of 12 episodes each. these days, you have not only the episodes, but also the Japanese manga, which currently consists of one publication, and several volumes of light novels that have been written so there’s quite a bit of material out there.

10. It has been well received by critics in the public alike

This is a story that. Good reviews from critics almost immediately but perhaps the most important thing is that it has proven to be popular with the general public. People seem to like the story because it’s easy to identify with and it doesn’t matter who you are or what you do, there is some aspect of it that you have probably experienced first-hand at one point or another in your lifetime.