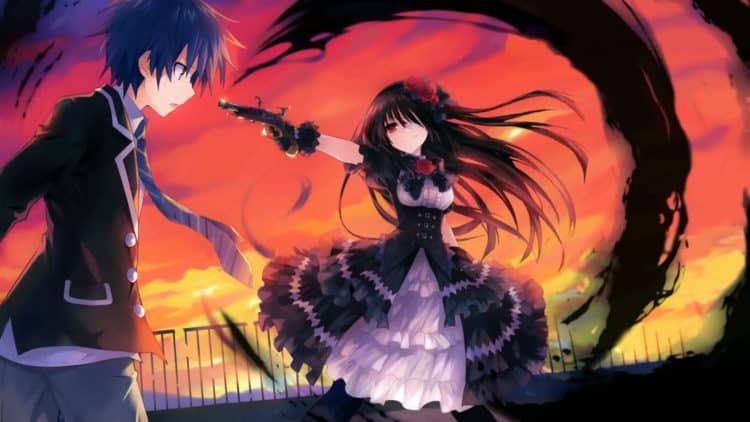 Date a Live is one of the numerous Japanese light novel series that have become popular enough to receive adaptations in other mediums. Genre-wise, it is an excellent example of the high school romcom series that incorporate elements from either fantasy, science fiction, or both. However, while Date a Live might not have the most novel premise, it is nonetheless something that has managed to stand out from its counterparts. Here are 10 things that you may or may not have known about Date a Live:

1. The Light Novel Series Is Ongoing

Date a Live started up with the light novel series. Currently, the series is still being released, as shown by the fact that the 19th volume was released in August of 2018.

2. The Anime Series Is Ongoing

Likewise, the animated adaptation is continuing on as well. In short, the Date a Live anime has had 22 episodes plus a couple of OVAs so far, which are in addition to an animated movie. There are plans for a third season of the anime series, which will be starting up in January of 2019.

3. The Manga Series Has Concluded

There were two manga adaptations. The first one came to a premature end because of the manga artist’s health problems. Meanwhile, the second one seems to have met with a less enthusiastic reception, which is why it came to a conclusion a while ago.

4. The Setting Is Plagued By Spatial Quakes

For the most part, the setting of Date a Live is supposed to be an alternate Earth. However, said setting is plagued by a phenomenon called spatial quakes, which are capable of causing massive devastation. For instance, one such incident that happened in the center of Eurasia 30 years ago is supposed to have killed 150 million people, though mercifully, subsequent incidents have been less powerful.

5. The Spatial Quakes Are Caused By Spirits

The spatial quakes are caused by spirits, which romcoms being romcoms, look like attractive girls. Whenever a spirit enters the human world, she creates a spatial quake, which can be summed up as a huge explosion of horrendous power. Luckily for the setting, the spirits that have been appearing since the first such incidents have been nowhere near as powerful.

6. There Is a First Spirit

Speaking of which, there is indeed a first spirit responsible for causing the spatial quake that killed 150 million people. Going into too much detail would involve spoilers, but suffice to say that she plays an important role in the events of the series.

7. The Protagonist Is Shido Itsuka

The protagonist of Date a Live is a high school student named Shido Itsuka. He gets pulled into the events of the series because he possesses the power to seal the supernatural capabilities of the spirits, meaning that he offers an option for conflict resolution besides killing them.

Speculation about whether the protagonist is 100 percent human or not starts up relatively early in the series. This is because the power to seal a spirit’s capabilities as well as the power to make use of the capabilities that have been sealed aren’t things that a human should be able to use. However, this speculation is complicated by the eventual revelation that spirits were once human, though they aren’t so by the time that they show up as spirits.

9. Has a Non-Blood-Related Younger Sister

It isn’t uncommon for protagonists in this kind of series to have a non-blood-related younger sister, which is a creative choice that happens for less than admirable reasons to say the least. Considering the nature of Date a Live, it is perhaps unsurprising to learn that Shido has a non-blood-related younger sister named Kotori. Romcom light novel logic being romcom light novel logic, she is the commander of an organization that exists for the purpose of saving spirits without having to kill them.

10. Has a Second Younger Sister

Besides Kotori, Shido has another younger sister. As for whether she counts as a blood-related younger sister or not, well, that depends on one’s philosophical position on the question of the nature of identity as well as the exact circumstances under which it can be transferred.