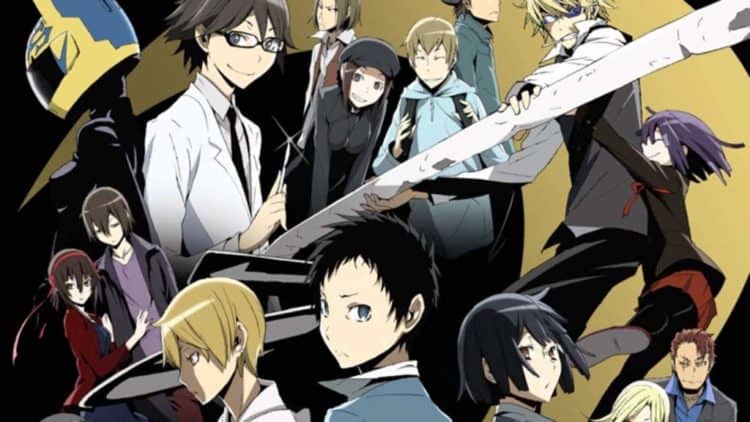 If you are reading this, you probably have at least a minimal interest in the anime universe. If you are new, there is so much you will need to know about any series that you decide to watch in order to have a clear understanding. Although you are dealing with animation, it is worth noting that these productions are highly complex are almost possess mature content. With that being said, we are going to take a look at 10 things that you probably don’t know about Durarara. Like with most anime, what appears to be obvious is not as obvious as it seems. So let’s take a look.

1. The Main Character is Celty, not Mikado

There are some characters that develop a unique and sometimes surprising persona, giving them a powerful presence. This powerful presence can lead to some to believe that the story centers on this particular person. To a certain extent that is what happened here The key focus of this story is on Celty, not Mikado.

2. The Paradoxical Reality is Prevalent Here

The show is designed so that all of the characters are self-paradoxical in nature. You are dealing with an entire show in which everyone is a walking contradiction. For example, Shizuo supposedly hates the idea of violence and yet he is constantly fighting throughout the show. Again, this is a unique way that anime forces you to peer into yourself.

3. The Truth Behind Celty’s Cat Ears

It is amazing how things that materialize in the real world among real people find relevance in the things they create. In the series, Celty’s has cat ears on her helmet, but the reason behind it is not known to most. It seems that it is tied to an ongoing joke between the creator of the show and one of the illustrators. The illustrator drew them on the helmet for a laugh and then they ended becoming a part of the story.

4. The Story behind the Title

True fans of anime enter any new series attempting to rationalize the meaning behind the title. This is because names and titles play a huge role in understanding the depth of the show. Fans speculate that Durarara is a representation of the car engine revving up, but Narita (creator), insists that there is no underlying meaning behind the title. He says that it was just a name that came off of the top of his head.

Another thing that is immensely important is learning how to enjoy anime is understanding the origin of each character. The initial reason for even adding Sizuo is that Narita believed that Izaya would be far too powerful without someone with the capacity to stop him, so enter the violent guy who hates violence. So originated out of necessity.

6. The Reason Anri’s Mom Had Saika

Another interesting thing about anime is the seemingly insignificant things that need explaining in order for the important things to have meaning. Anri’s parents owned the antique shop, and this is the reason that Saika was brought from Shingen. At the time that it was acquired, they did not know that it was a curse or that it would eventually lead to their demise.

7. Shizaya Is One of the Most Popular Ships in the Anime Universe

Ships play a major role in the anime universe and there are some that make such an impression that they are almost immortalized. Even Narita acknowledges that there is something special about the ship, although he will not get into a deep discussion on the matter. The ship is an integral part of the entire Durarara universe.

8. There Are Existing Sequels

Another interesting element associated with anime is that intersectionality of multiple storylines. There is a sequel to this current series called Durarara SH. The sequel focuses on events that take place a little less than two years after the original story. The focus of this sequel is to actually give more detail and depth to the original series.

9. Enter the World of Typos

If you have read Narita’s written work, you have probably noticed that there are a lot of typos. These published errors are due to the fact that Narita writes so fast that there are grammatical errors and typos. As sort of a joke, the editors will often leave some of the errors in the final publication and thus the typos you see.

Something that has become quite common for Narita’s work is the addition of references. Their references are usually to his other work. These references allow readers to connect the dots. This is a great resource for new readers to be able to gain a clear understanding of what is going on and how it may relate to other stories.