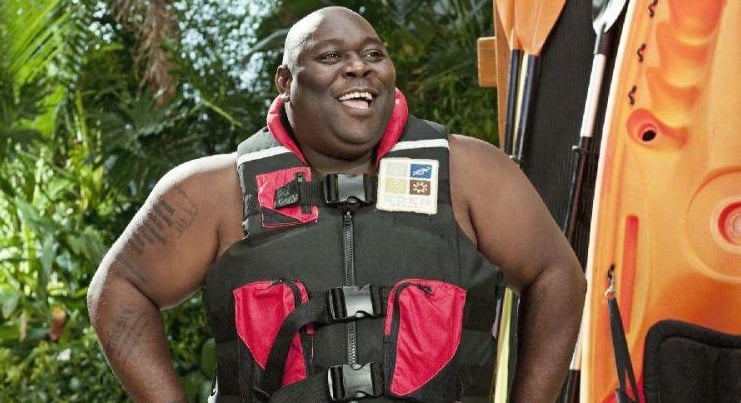 Big guys in the movies are often known to be kind of funny, friendly, and usually seem to have a great sense of humor. There are those that are just flat out scary and are meant to be since they play characters that are intentionally disturbing, but Faizon Love is a guy that can be intimidating as well as personable since he’s skilled enough to do both. He’s been in movies that have allowed him to use his size and personality to really be kind of a terror, but then again he’s been in movies, and TV shows, where his funnier side rings through and gets people rolling since the guy is genuinely funny. He can be just as biting and sarcastic as anyone when it comes to humor, but when it comes to acting he’s usually one of the most amusing people on the cast. It’s only when he needs to be that he becomes truly intimidating.

Here are a few other things that people might not have known about Faizon.

10. Faizon started doing stand-up when he was 15 years old.

A lot of us have probably known one or two people in our lives that were genuinely hilarious when they were younger, but Faizon got his start in comedy before he was even legally allowed to drink, and what’s more is that he was being received by his audience with a fair amount of approval. Over the years it’s not surprising to see that he’s become famous because of his jokes and stand-up act.

9. He grew up as a ‘military brat’ due to his father’s involvement in the US Navy.

Military brats are basically any kid that’s had to move around from place to place when their parents are deployed. A lot of kids will stay in one place if there’s one parent that’s not serving, but some folks up and move their entire family, which is kind of difficult but entirely possible.

8. Love has been a stage actor as well during his career.

He’s been in a few plays here and there and has done very well. You might think it’d be funny to see him up on stage and reciting his lines but in all honesty it wouldn’t be much different than watching him on camera. The only difference is that that on stage there’s no one to yell cut if someone misses a line or their mark.

7. He made a few controversial remarks concerning the sexual assault charges against Bill Cosby.

Faizon was adamant when it came to defending Cosby and went on Twitter with what might have been an ill-advised amount of attitude as he proceeded to lay into anyone that decided to persecute Cosby, even going racial at time or two in an attempt to let people know just what he thought was right.

6. He’s been charged with misdemeanor assault in the past.

Apparently he had a slight altercation with a valet in an airport and was filmed grabbing the man by the back of the neck. While it would appear to be him on the film that was shown he offered a plea of not guilty.

5. There are a few movies that a lot of people should recognize him from.

Friday would be one of the most obvious as Big Worm, while The Replacements is another. Obviously he’s going to be playing one of the big guys when he’s in a film, but he suits the roles he’s given quite well and injects his own humor into them to make each one even better. Even in The Player’s Club, which is kind of dark and gritty, he comes off as pretty funny while playing a cop.

4. His career has been going strong since the early 90s.

Obviously he’s done something right to last this long and he’s been in there with some of the biggest stars around. He’s also outlasted a few since some have passed away and others have kind of faded away in terms of their popularity.

3. Love has been in commercials as well throughout the years.

One thing that’s great to see with any actor is that they’re not too big to avoid doing commercials, as some of them probably pay pretty well and it’s kind of nice to see a familiar face that people will respond to in order to sell a product.

2. A lot of his characters are kind of boisterous and kind of forceful.

Being a big guy you don’t normally get a lot of chances to be the gentle, quiet person that sits in the corner and does nothing. He usually finds his way into a movie by being who he is, and sometimes that means he’s the biggest presence in the room.

1. He legally changed his name to Faizon.

You’ve got to admit, Faizon has a ring to it that Langston kind of lacks, though both names are dignified and kind of nice in their own way.

When it comes to big men in movies he’s one of the funniest by far.