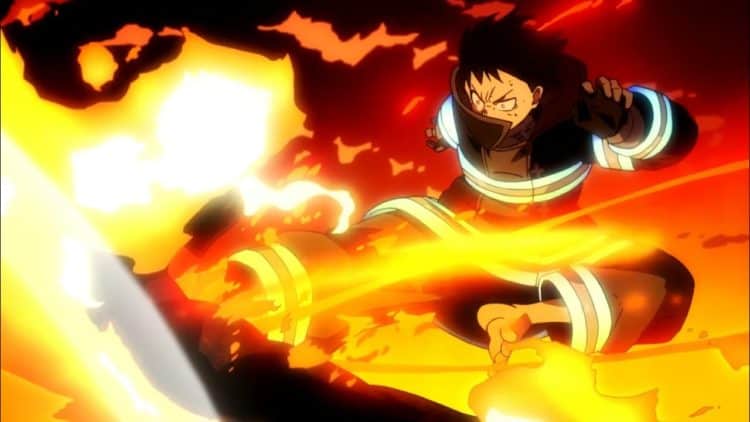 Fire Force is a shonen manga that is set to receive an anime adaptation by David Production. It is by the same person behind Soul Eater, which should provide interested individuals with a good idea of what they can expect from it. In Japanese, the series is called En’en no Shobotai, which has been translated to something along the lines of “Blazing Firefighting Corps.” Here are 10 things that you may or may not have known about Fire Force:

The series is centered on a phenomenon called spontaneous human combustion. In short, this refers to supposed incidents of people undergoing combustion without an external source of ignition, which have received a fair amount of investigation. Example explanations have included the natural, the supernatural, and the pseudoscientific.

2. Not the “Real” Phenomenon of Spontaneous Human Combustion

With that said, the spontaneous human combustion used in Fire Force isn’t the “real” phenomenon, whatever it might be. Instead, it sees the victims turning into burning monsters called Infernals, which is a very serious problem in the setting for a couple of reasons. One, the victims are in constant pain throughout this process. Two, the victims will continue to rampage until they have been put down, which seems to be indefinite because the process makes them incapable of aging.

3. Some Infernals Can Retain Some of Themselves

Generally speaking, Infernals lose themselves because of their transformations. However, there are some rare exceptions that manage to retain something of themselves through either enormous willpower or a strong attachment to something. Even then, the resulting Infernal’s exact level of consciousness can see significant variation from case to case.

4. Some People Get Superpowers Out of Spontaneous Human Combustion

5. There Is a Concept Called the Fourth Generation

Speaking of which, there is a concept called the fourth generation, which refers to people who have managed to pick up even more remarkable abilities via a link with a mysterious being called the Evangelist. With that said, there is a very limited number of such characters, so much so that the number remains in the single digits.

7. There Are Special Forces Meant to Deal with the Infernals

Unsurprisingly, there are special forces that exist for the purpose of dealing with the Infernals, which are staffed by both members of the third generation and members of the fourth generation. This makes sense because said individuals are much more capable of handling fire than normal humans.

8. The Protagonist Starts Out with a Bad Reputation

The series’s protagonist is Shinra Kusakabe, who starts out with a pretty bad reputation. In part, this is because he was blamed for the death of his family in a fire. However, it doesn’t help that he starts smiling like a madman when he is either nervous or otherwise anxious. Something that has been responsible for some people misinterpreting his character.

9. The Protagonist Goes Barefoot a Lot

One of Shinra’s quirks is that he goes about barefoot a lot, though there is a perfectly sensible explanation for this within the setting. In short, he generates fire through his feet, meaning that there isn’t a point to him wearing shoes because he would just lose them whenever he started using his special abilities.

10. The Protagonist Works In Internal Affairs

Shinra is a member of the special forces that are responsible for dealing with the Infernals. However, his particular unit can be considered internal affairs in the sense that they investigate their own along with other groups operating in their society. Suffice to say that the issues with the special forces start with corruption and can become much more sinister in certain places.