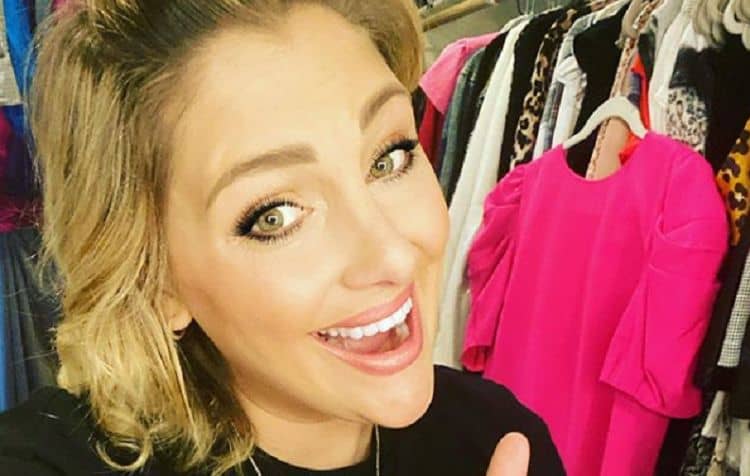 The Real Housewives stars seem to be trending lately and that means that Gina Kirschenheiter is going to be mentioned right along with them since she’s been added to the roster and is already coming with a good deal of drama that people are no doubt chiming in on and forming an opinion about. While a lot of people tend to love this show and find it engaging in a big way there are still others that might be rolling their eyes and wondering what else is on and whether or not they should just turn the TV off and wait for the show to be over. That might seem cynical but there are those that would easily flip the channel or turn it off altogether once this show comes on even though there are those that look forward to Gina and the others popping up from time to time and regaling viewers with whatever’s going on in their lives at the moment, no matter what it might be.

Here are a few things about Gina you might not have known.

10. Her social media presence isn’t what some people might think it would be.

It’s definitely grown since she was added to the show, but it’s still not quite at the numbers one might expect of a person that is a part of the Real Housewives since hundreds of thousands if not millions of people tend to follow these shows. Perhaps after a bit more time she’ll gain even more followers.

9. She filed a restraining order against her ex-husband.

A large number of articles exist on this one subject as it must be ‘must-see’ news that people just have to know about. But after a domestic dispute that left Gina kind of rattled apparently she did manage to file for a restraining order against her ex-husband.

8. Gina did get back together with her husband for a little while before he was arrested.

They split, then they reconciled, then they finally split again when she filed for the restraining order and he was arrested for domestic assault, or something similar. One might want to shake their head and wonder just why women seem to think that men can change once they’ve separated from them, but it’s too stick of an issue to really get into without drawing up a full-on argument.

7. She is an educated woman.

Gina did graduate from Hofstra University where she actually met her husband when they were younger. She’s not the vapid type to sit back and just be famous and do nothing else, as she does hold a Bachelors and a Masters degree. So it’s fair to say that if she wanted she could apply herself and go back to work.

6. Gina used to be a flight attendant.

Some people take on the role of a flight attendant because they want to travel, and quite honestly there are few better jobs that allow for this kind of life since flight attendants do tend to travel quite a bit. It does sound like kind of a hectic life, but at the same time if one is single and not bound by anything it would make a great deal of sense.

You can say that she’s managed to accomplish quite a bit in her life at this time and she’s still relatively young. There’s no doubt that she has a lot of time left in her life to do other things if she so desires, and it might be that she won’t always be on Real Housewives.

It sounds as though she wants to take full custody of her children, and if her ex is a violent man, which is hard to tell really despite the arrest, it would be a good idea. Otherwise it would be important to try and keep him in their kids’ lives so as to keep some sort of balance for their sake.

3. Gina is looking for spousal support following her divorce.

Given that she’s still new to the show and might not be making as much as others it’s still kind of hard to fully agree with this since she’s been paid a pretty penny to be on the Housewives show and asking someone to support in this manner when her financial situation is bound to be quite stable seems kind of hard to fathom. But her ex is agreeing to pay so long as he gets to keep what he had before they were married.

2. Her net worth seems to be under review at this point.

Again she’s pretty new to the show so it would seem that her overall net worth isn’t really known yet, though it could be that this will change eventually.

1. Apparently her husband’s employer didn’t want him to be on the show with her.

This is kind of easy to understand since some employers don’t want to be associated with certain shows or for other reasons just don’t want their employees to be seen promoting themselves in such ways.

She’s another part of the show, thankfully the lot of them do seem to have something to offer.