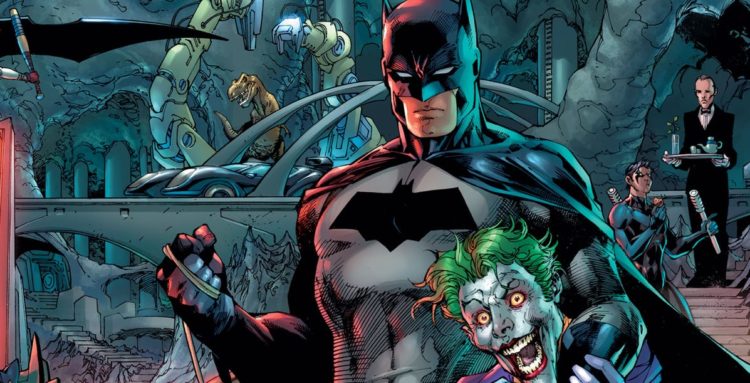 A comic book artist is someone that thrives and falls on the strength of their skill and the ability they have to tell a compelling story through the pictures they come up with. In Jim Lee’s case he’s seen and done a lot in his life at this point for a couple of different camps that have done a great deal of good for his reputation and have given him a purpose that he turned into a career that’s become something that’s both impressive and lucrative. Being a comic book artist is a hard profession to get into since it’s not exactly a cutthroat business but is at the very least a highly competitive field since many upon many people can draw. But it’s the people that convey meaning with their art beyond what the dialogue and story can tell that really go anywhere, and Jim Lee has managed to get the job done for years now.

Here are a few things about Jim you might not have known.

10. Jim has worked with both DC and Marvel.

He’s actually worked for both camps and started out at Marvel drawing for the Punisher, Spider-Man, and the X-Men. These are some seriously heavy hitters in the Marvel universe so being able to claim these kind of credits was no doubt a good reason why DC would have looked at him as a prospect at some point.

9. He became a naturalized citizen at age 12.

Jim had to learn English when he was young so he was kind of an outsider for a while, as he felt, and it took some time for him to really gain the kind of confidence in himself that allowed him to really blossom as a person. But obviously he acclimated quite well and has become a rather big success.

8. Jim’s favorite characters early on were the X-Men.

Getting back to the idea of being an outsider this is why Jim really felt for characters like Spider-Man and the X-Men. In many ways they were the outsiders in the comic world that had to fight for every inch they got and therefore felt the continual need to prove themselves.

7. His classmates thought that he would create his own comic book company.

It would certainly seem that he finally found his place in his social setting as anyone deciding to comment on a person in this type of manner would make it seem that they saw him as an equal and someone that had a lot of talent.

6. Initially he intended to follow in his father’s footsteps to become a medical doctor.

The interest in comic books kind of waned after a while since it seems that he was expected to follow his father and become a part of the medical community, but there was still a good amount of interest that would eventually steer him in another direction.

5. He does have a degree in psychology.

Believe it or not this could go a long way to helping in a comic book career since whether people want to believe it or not there is a psychological aspect to comics that makes them a lot more interesting and a lot more in-depth. That might not have been his reason for gaining such a degree but it’s no doubt a big help all the same.

4. He had the reluctant support of his parents to postpone going to medical school to see if he could succeed as a comic book artist.

Jim did finally decide that he wanted to take a chance and see if he could make something of a career in comics and thankfully his parents were willing to support his decision, with some hesitancy, by agreeing that he had a year to make good on this attempt or he would go back to school. You can just guess how things went since Jim hit the ground running and did whatever he could to make this work.

3. By the late 80s he was working for Marvel as one of their artists.

It wasn’t easy but Jim worked every contact he could and made as many friends as possible that could gain him the kind of exposure and word of mouth that he needed to keep his reputation on the rise and moving in a positive direction.

There are a lot of awards granted for this kind of profession and it’s well deserve to be honest since not only do the artists and the writers work their tails off to provide one issue after another, they are quite skilled and have earned the distinction.

1. Jim has had to deal with critics throughout his career.

This kind of goes with the territory since no matter what a person does, if it’s something that is seen by others and considered entertainment it’s going to be criticized.

Jim is one of the more talented artists in the business without a doubt.