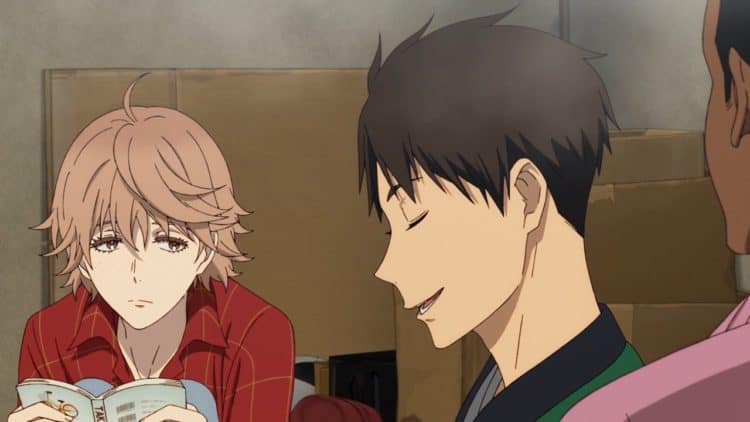 1. Might Be More Familiar to Some as Run with the Wind

Kaze ga Tsuyoku Fuiteiru is the Japanese name of the novel. However, some people might be more familiar with it under the name of Run with the Wind.

2. The Author Is Shion Miura

The author of Kaze ga Tsuyoku Fuiteiru is a woman named Shion Miura. Initially, she planned on becoming an editor, but that plan changed when she was signed by a literary agent. Suffice to say that she has become very successful, as shown by not just the awards and accolades that she has accumulated but also the fact that some of her works have been translated into multiple languages.

3. The Author Is a Yaoi Fan

It is amusing to note that Shion Miura is a fan of yaoi manga. For those who are unfamiliar with the term, yaoi manga is focused on homosexual relationships between men. However, it can be distinguished from other works with similar focuses by the fact that it tends to be written by women for women rather than, say, homosexual men for other homosexual men.

4. The Protagonist Is Kakeru Kurahara

Regardless, the protagonist of Kaze ga Tsuyoku Fuiteiru is Kakeru Kurahara. In short, Kakeru used to be an elite runner in high school. Unfortunately, he lost a lot of money by gambling, which is why he is forced to survive by whatever means possible. Kakeru shoplifting is how he comes to the attention of Haiji Kiyose, who is the other character of paramount importance.

For those who are curious, Kakeru lost money while he was playing Mahjong. Said game isn’t very well-known in the west because it isn’t very widespread outside of Chinatowns. However, while Mahrong remains most popular in China where it was invented, it sees a lot of play in various East Asian and Southeast Asian countries.

6. Haiji Kiyose Is Gathering People to Participate in a Marathon

Regardless, Haiji Kiyose is the one who kicks the plot into motion by convincing Kakeru to move into a particular apartment that is home to the other people that he has convinced to participate in one of the most prestigious races in Japan at the university level.

7. Haiji Is Determined to Build His Team Whatever the Cost

Haiji is very, very determined to build his team. As a result, he isn’t above using rather underhanded methods to convince people to participate in the race. This can be seen in how Haiji is perfectly willing to uphold information to make something sound much better than it actually is, with the result that his targets won’t realize what is going on until it is much too late for them to escape.

8. Most of the Team Members Are Amateurs

9. Hard Work Is a Topic that Comes Up

Using hard work to catch up is a topic that comes up in Kaze ga Tsuyoku Fuiteiru. In a lot of anime series aimed at younger audiences, hard work is something that will enable less talented and less prepared individuals to hold their own against their more talented and more experienced counterparts. In practice, well, suffice to say that real life isn’t so simple and straightforward. After all, high-level competitors aren’t just talented, they also tend to be very, very hard-working in order to polish that talent to perfection.