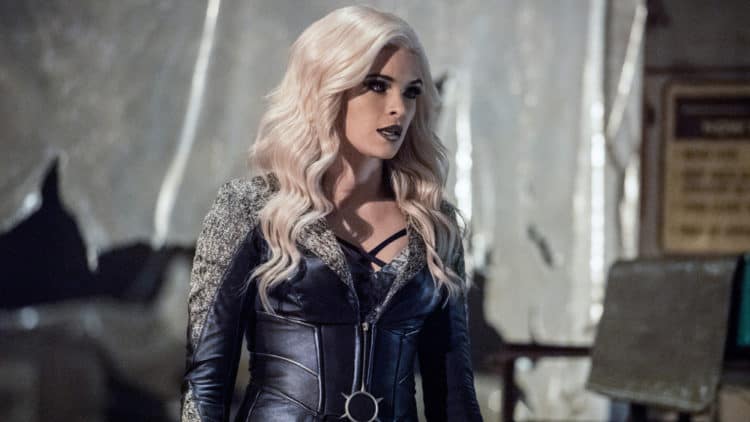 Killer Frost is a DC villain that a lot of people might not know about but she is certainly one of the more deadly villains around largely because of what she can do and the fundamental danger she represents to just about anyone around her. As her name suggests she’s a cold-based villain, which might make you think that she could be taken out by an application of heat that might take her down. You’d be wrong in that estimation since unlike a lot of cold-based super villains Killer Frost is able to absorb heat and use it to fuel her powers in order to become insanely dangerous as she decides just how to send that energy screaming back at her enemies, be it in an icy whirlwind or a frigid blast. The funny thing about this character is that she actually needs heat to function, which is very unlike some of her fellow cold-based villains.

Here are a few things about Killer Frost you might not have known.

10. She can actually absorb the heat from any living creature.

Killer Frost is what you might call a heat vampire as she can absorb the body heat from any living creature in order to power her abilities. As most living creatures do need body heat to survive this process tends to kill whoever she targets as her hunger is often insatiable.

9. The name Killer Frost has been used for a few different characters in DC’s history.

Caitlin is not the first one to take on the mantle of Killer Frost as there have been a few different characters that have taken this name throughout DC’s history. It’s likely that DC fans know of more than one Killer Frost, but at this point it would be only DC fans that might know about Caitlin.

8. The hero Firestorm can temporarily cure her affliction.

It’s been seen that this hero, whose fiery nature is known quite well to many fans, can sate her need to absorb thermal energy for a time. She even tried to create a suit that would simulate his own power, but couldn’t make it work.

7. She joined the Suicide Squad for a while.

You might think that a character like this would be able to seriously imbalance the Suicide Squad since on her own it seems that she would be able to create a great deal of trouble for any enemy she was pointed at. But then you need to remember who really runs the squad and then you’d see that Killer Frost is, to Waller, just another villain to be controlled.

6. Her cold powers are able to produce a wide array of effects.

If all she could produce was an icy blast then she might be a very one-dimensional villain, but Caitlin is able to form her power into many devastating attacks that are able to incapacitate and even trap her enemies when she so desires. This is just a small part of what makes her so dangerous however.

5. Heat is actually her weakness as she needs to consume heat to survive.

Ironically she does need heat to survive despite the fact that she uses this to fuel her powers. But if she does happen to overtax herself she can begin to slow down and even die from exhaustion. She can also be trapped by ice or buried under the snow if she’s caught unaware, so she is a rather balanced villain in this regard.

4. She does have a genius-level intellect.

One thing about DC heroes and villains is that many of them are quite intelligent or wise in ways that go beyond the average character. This is perhaps what makes such villains and heroes seem less than easy to relate to since the average comic book reader is not a genius or dullard.

3. A lot of incarnations have given her moderate fighting skills.

It does seem as though a cold villain without some ability to fight would be kind of useless, especially since unlike other cold-based villains she doesn’t carry any big, bulky equipment. It kind of depends on the incarnation as to how nimble and skilled she’s been when it comes to her fighting prowess. Caitlin seems able to handle herself.

2. Caitlin appeared with a group called the Ice Pack.

Mr. Freeze and Captain Cold were just two members of this obviously cold-based group that she was placed into and it would seem that she was perhaps kind of middle of the road in her talents and abilities. Anywhere else she would definitely stand out, but in this group she was just another participant.

1. She has appeared in the animated feature DC Super Hero Girls.

In the cartoon she’s seen as a superhero instead of a villain, though so are Poison Ivy, Harley Quinn, and a few other individuals that are typical DC villains.

The term ‘heat vampire’ is kind of unique.