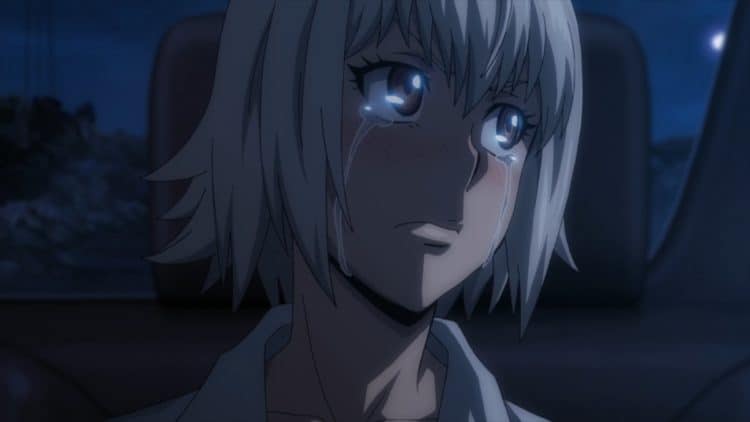 A Japanese manga series, Killing Bites is written by Shinya Murata and illustrated by Kakasa Sumita. Since November 2013 it has been serialized in Monthly Hero’s, a manga magazine. However, during MBS TV’s “Animeism”, an adaption by Liden Films yielded a twelve episode anime series which aired during the first of 2018 from January 13 until March 31. Here are 10 things you didn’t know about Killing Bites, which includes a short explanation of the plot and descriptions of the characters.

Hitomi Uzaki is attacked by some college students and kills them all except Yuya, who is shocked by Hitomi’s transformation. At an abandoned waste facility, Yuya witnesses Hitomi transform and battle a lion monster. “Brutes” are what these strange people, such as Hitomi, are called; they are fighters created for combining the fangs of beasts with the brains of humans. “Killing Bites” battles, raging since ancient times, have often been the turning point of the Japanese economy. Hitomi is instructed to protect Yuya.

Hitomi is a Honey Badger hybrid with white hair. Even though she’s just a girl, her honey badger DNA keeps her from feeling fear when facing larger, stronger, or faster opponents. She first insults her opponents, goading them into attacking her so that she can go on the defensive, counterattacking her opponents with fast and lethal slashing cuts. Hitomi is voiced by Sora Amamiya.

Unlike the other hybrids, Hitomi was born as one, known as an origin beast. Before she was found by Shidoh, she was called Chusheng, which means animal, by the locals. The name can be used as an insult or can be used in referral to six common livestock animals. On a side note, Hitomi is a huge fan of vanilla-honey ice cream.

Yuya Nomoto is a second-year college student who was forced by several classmates into a plot to kidnap Hitomi. However, Hitomi kills all of Yuya’s classmates. In the aftermath of the incident, Hitomi is forced to be Yuya’s bodyguard by Hitomi’s guardian. In return, Yuya must act as financial backer to Hitomi in order for her to take part in death matches. Yuya is voiced by Wataru Hatano.

Pure is a Beagle hybrid. She quickly learns to become a powerful warrior despite her lack of experience thanks so Yuya’s special training. During this special training, Pure learns to fight by following commands issued to her when Yuya sends them to her by way of special dog whistle. Pure is voiced by Minami Tanaka.

Tasuku is a Tasmanian Devil hybrid. Her personality is strong and her main goal is to become stronger than Hitomi, her idol.

Eruza is a Cheetah hybrid. She specializes in speed type attacks. She is Taiga’s younger sister and along with her brother represents the Yatsubishi Zaibatsu. Eruza is voiced by Maaya Uchida.

Ui is a Rabbit hybrid. She has never won a battle and prefers running away instead of fighting. However, she becomes known as the strongest hybrid and one of the most respected members of the underground. Ui is voiced by Sumire Uesaka.

Mai is an overseer of Death Matches. Mai is voiced by Chinatsu Akasaki.

Yoko is the granddaughter of Yozan. She believes the Killing Bites has been corrupted by the influence of Shidoh. Yoko is voiced by Megumi Han.

10. A Variety of Other Characters

In addition to the characters mentioned above, there are many more exciting, creative characters as well. There’s Kaoir, a Civet hybrid; Kaede, a sadistic Gecko hybrid; Ichinosuke, a Hippopotamus hybrid; Taiga, a Tiger hybrid; and many more, including a minor character used for comic relief. Other hybrids include a Lion, Crocodile, Cobra, Bear, and Pangolin.

The first season of Killing Bites is about people who have been created to be human-animal hybrids. When they fight, powerful businesses bet on their outcome. When Nomoto Yuya’s friends ask him to help them pick up girls by driving them around, he doesn’t’ think nothing of it. However, he soon figures out that they aren’t picking up girls, but instead are trying to kidnap Hitomi. Nonetheless, the group has no idea what Hitomi is. They find out soon enough.