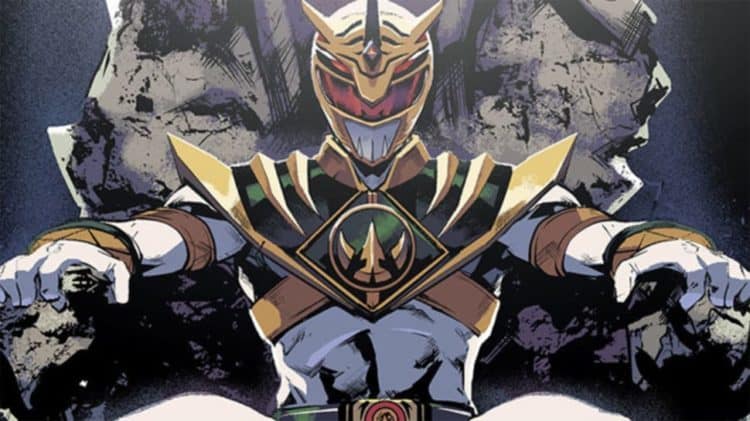 Lord Drakkon was a villain in BOOM! Studios’s Power Rangers comics. In short, he was an older and much more malicious version of Tommy Oliver from an alternate timeline who had managed to bring his entire world under his control. Here are 10 things that you may or may not have known about Lord Drakkon:

Lord Drakkon’s path diverged from that of his main timeline counterpart following the climactic fight with Jason Lee Scott that freed him from Rita Repulsa’s curse. In his timeline, he chose to flee from the Power Rangers, whereas in the main timeline, his counterpart chose to become a member of their team.

2. Not the First Drakkon

While on the run, the Tommy Oliver who became Lord Drakkon was found by Rita Repulsa. She told him that she had chosen him because he was meant for great things. Moreover, Rita Repulsa told that Tommy Oliver a story about another individual named Drakkon who she had already guided to greatness, which is where he picked up the name.

Once Zordon and his Power Rangers had been beaten, Lord Drakkon killed Rita Repulsa because he tolerated no rivals to his power. Furthermore, it is implied that he killed Lord Zedd as well, seeing as how said character’s Z Staff was held by some of his minions. As such, fans have speculated that Lord Drakkon managed to kill off his timeline’s versions of the various villains faced by the Power Rangers over the course of the franchise.

Lord Drakkon did manage to secure the loyalties of Finster. However, he wasn’t satisfied with Finster as he was, as shown by how he proceeded to turn Finster into the cyborg Finster 5 by using parts scavenged from Alpha 5.

Besides that, Lord Drakkon managed to brainwash Kimberly Ann Hart when she sought to kill him by using the magic that he had learned from Rita Repulsa before killing her. As a result, his timeline’s version of Kimberly Ann Hart was turned into the Ranger Slayer, who served as an extension of Lord Drakkon’s will and an enforcer of his regime.

For his minions, Lord Drakkon created Ranger Sentries, which were humans in mass-produced armor that managed to tap into a fraction of the potential possessed by their Power Ranger predecessors. Perhaps unsurprisingly, Lord Drakkon’s treatment of them was awful, as shown by the fact that he built the armor with a function to de-power its wearer via electrocution that would also kill them in the process.

Spite seems to have been a considerable part of Lord Drakkon’s makeup. This can be seen in the last fight between him and his main timeline counterpart, which saw him rejecting the chance to survive in preference for staying behind even as his surroundings collapsed in on him. Something that echoed an earlier incident in which he preferred to jump from a cliff rather than be captured.

9. Over-Reliant on His Power

There were clear signs that Lord Drakkon had become over-reliant on the incredible powers that he had stolen. For example, his initial reaction to losing them was shock, though he did manage to recover from that shock within a short period of time. Likewise, it was clear that the loss of his powers made him much meeker and much more cowardly, which said much about his personality.

With that said, Lord Drakkon’s most notable characteristic might have been his strong sense of superiority, which was so overblown that he outright considered himself to be a god. Curiously, there were some scenes that suggested that his superiority served as a cover for an inner core of inferiority, which became more and more evident towards the end when he came up short against his main timeline counterpart.