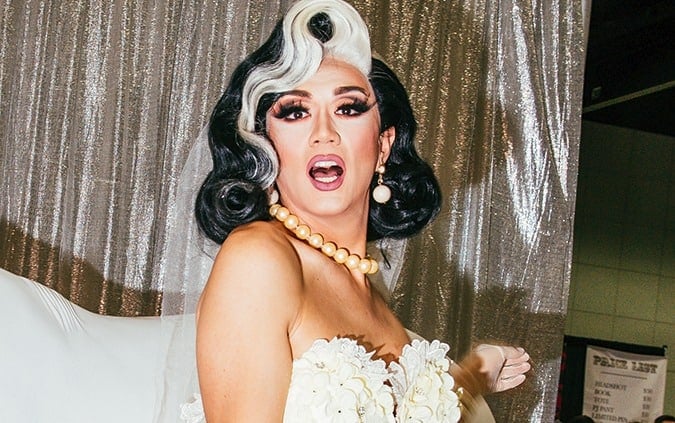 In terms of calling a person a male or a female when they’re in drag or just in general it’s become something of a sensitive issue these days, but when it comes Manila Luzon, who is a noted drag queen, it’s believed to be okay to say ‘him’ though for the purposes of this article I’ll stick to ‘she’ and ‘her’ since it seems fair. But getting past that, Manila has been a prominent figure when it comes to drag queens and the popularity they’ve seen throughout the years. Thanks to entering RuPaul’s program years before she’s managed to create something of an impressive resume for herself when talking about a career. A lot of people look at drag queens askance and perhaps think that they’re fun, flamboyant, and not to be taken too seriously, but many like Manila have made a very successful business out of this and as a result take it quite seriously since it’s their livelihood. If you don’t like it you can always change the channel after all, but there are many people that find it quite interesting.

Here are a few things you might not have known about Manila.

10. She’s had a doll designed after her.

Fans of the drag queen actually took the time to create a doll in her likeness and it’s been something of a flattering thing to the celebrity since it’s not every day that a person gets a doll modeled after them. The very idea is something that could possibly take off if it hasn’t already.

9. Manila has been a drag professor on RuPaul’s Drag U.

This is the kind of regard that Manila has earned in the business, that she’s been called upon to actually critique and mentor others that want to get into the lifestyle of the drag queen and make it work for them.

8. She has a musical career as well.

In some ways this seems to go hand in hand with being a drag queen sometimes as it seems that the art of singing and the art of dressing up oneself in the style of a woman seems to beg for this kind of act. Some manage to be quite successful at it like Manila but others, not so much.

She hasn’t quite reached a million followers yet but there’s not much to say that she won’t considering that people seem to be quite enamored of her and are more than willing to at least take a look and see what there is to see in terms of her career and her everyday life.

6. She’s had a feud with fellow drag queen Naomi Smalls.

In any facet of show business there’s bound to be some controversy here and there that just doesn’t die down that quickly. Unfortunately Smalls has been subjected to outright ire and anger of Luzon’s fans and has had to endure some truly nasty comments that have been posted to her social media accounts.

Most of this this, the majority in fact, comes from her time spent as a drag queen and has been amassed throughout the years thanks to her many acts and appearances here and there on the circuit and on TV. To say that she’s worth a pretty penny at this point is about accurate since she’s built up quite the reputation.

4. Manila’s name is a play on the capital of the Philippines and its largest island.

Everyone gets their inspiration from somewhere and as Manila is of mixed heritage, part of that being Filipino, she decided to take the names from that part of her heritage to use in a positive manner. It’s almost like an homage to part of her culture.

3. Manila was a graphic designer before gaining fame and notoriety as a drag queen.

Drag queens don’t just pop up out of nowhere after all, a lot of them do have regular jobs that they work. A lot of them either do this kind of thing on their free time or try to make it work as a career as Manila did.

Ever since joining RuPaul’s show during the 3rd season her popularity has been zooming upward as people get to know and like her. In fact her reputation is so great that as it was mentioned above her fans go a little nutty when she’s treated with anything but the utmost respect.

1. Manila has mentored a couple of people in her time.

If you’re good at something then mentoring another person that wants to do the same thing is kind of a responsibility as well as a sacred task in some cases since it allows the knowledge you’ve gained to be passed on and preserved.

Everyone’s got their thing, and some are pretty good at it.