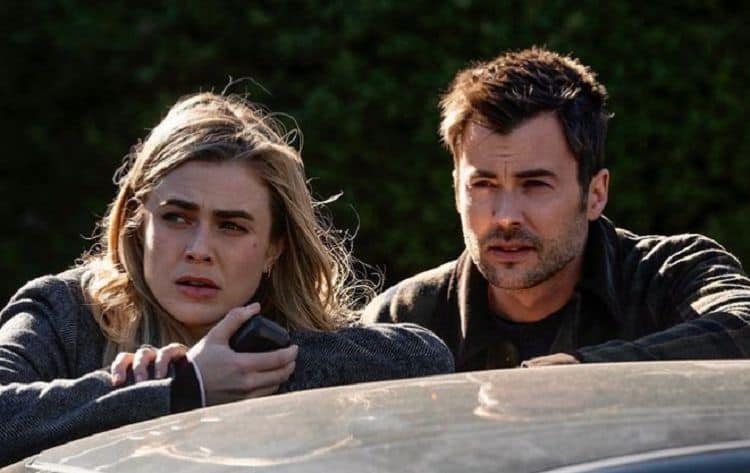 Matt Long has been acting professionally for the last 20 years. However, he’s been getting an extra special amount of attention since 2019 when he was cast in the TV series, Manifest. Although the show was moderately successful during its three seasons on NBC, it recently caught a second wind after the first two seasons were added to Netflix. Even though the show has been canceled, fans are hoping that it will be picked up by another network or streaming service. Matt, however, can’t sit around and wait for that. It was recently announced that he will be joining the cast of an upcoming series called Getaway. Keep reading to learn 10 things you didn’t know about Matt Long.

Matt was born and raised in Kentucky, which probably isn’t a place that comes to anyone’s mind when they think of the entertainment industry. We don’t know much about Matt’s upbringing, but we do know that he has one sibling – a brother named Zach. After college, Matt decided to move to New York City so that he could really focus on his acting career.

Matt doesn’t come from a family with a history of being in the entertainment industry, but he’s always been drawn to the arts. He developed an interest in acting when he was in elementary school. By the time he was in high school, he knew it was something he wanted to take seriously. He went to college at Western Kentucky University where he studied theater and dance.

Everybody has at least one place where they always like to go to clear their head, and for Matt, that place has always been outside. Matt loves nature and he enjoys doing things like hiking and exploring his surroundings. Before his acting career took off, he worked as a professional guide.

4. He Isn’t Afraid To Speak His Mind

When you work in the entertainment industry, everything you say and do tends to receive a lot of scrutiny. As a result, some people in the spotlight like to shy away from certain things because they don’t want to rub others the wrong way. Matt, however, has no problem with using his platform to stand up for what he thinks is right. He has spoken out against topics such as racism and voter suppression.

With the success of Manifest, there has been an increased number of people who would love to know more about Matt. Unfortunately, however, they won’t be able to learn much about his life outside of acting. So far in his career, Matt has never been the kind of person who likes to keep his personal life to himself.

Even though we don’t know a lot about Matt’s personal life, we do know that he is happily married. He and his wife, Lora Chaffins, met while they were students at Western Kentucky University. We don’t know exactly how long they’ve been married and as far as we know they do not have any children.

Matt’s film and TV work are what has gotten him the most attention in the mainstream world, but it was actually being on stage that got him discovered. Matt was performing at the Williamstown Theater Fest when he met his agent. Not long after, he landed his first TV role in the series Jack & Bobby.

Matt has always been an adventurous person, and traveling offers him the perfect way to tap into that side of himself. He loves the experience of getting to visit new places and see and do new things. Matt has been fortunate to do a good amount of traveling over the course of his career, and he’ll be adding more stamps to his passport in the years to come.

9. He Enjoys Interacting With Fans

Having a good relationship with fans is a part of being an entertainer that often gets overlooked. Matt, however, is very thankful for all of the people who have supported him over the years and he likes to connect with them whenever he can. It’s fairly common to see him responding to comments from fans on social media.

Matt has spent the majority of his career in front of the camera, but he has also taken some time to step behind it. In 2015, he was the associate producer of a short film called Lane and Russell. To date, that is his behind-the-scenes credit and we didn’t find any information on whether he plans to do more production work.