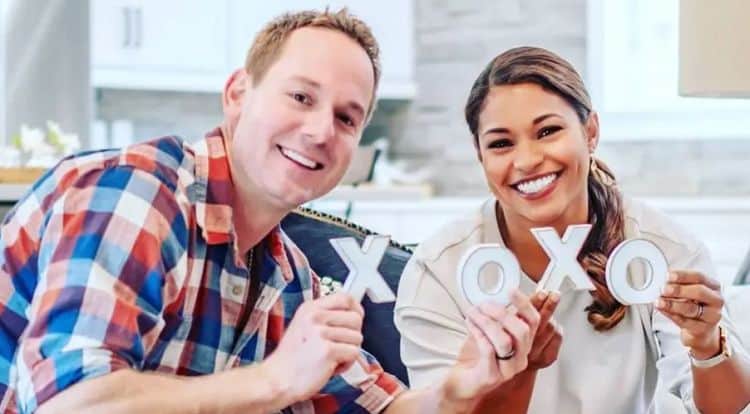 HGTV is always bringing something new and exciting to us, aren’t they? Their concept behind “100 Day Dream Home,” is such a good one, and the hosts of the show are the best of the best. Married couple Brian and Mika Kleinschmidt are from Tampa, Florida. He’s a real estate developer, and she works as a real estate agent. Together, they are a great team, and they are working harder than ever to bring homeowners their dream home in 100 days or less. One thing that’s certain about these two is that they are delightful, and we’ve all collectively decided we love Mika Kleinschmidt, and it’s time to get to know her.

1. She Met Her Husband in High School

They both attended Riverview High School, and it seems an administrative error put them together for life. His mom was a music teacher, and he wanted to see if he could find a musical gene of his own. When he signed up for music as an elective, someone in the front office made a mistake that put him into the girl’s chorus course. That’s where he met his future wife.

She’s always been a tough cookie. She’s talented, smart, and she’s ready to tackle anything in life. Mika has an excellent head on her shoulders, and she’s not afraid to speak up. She’s always been able to maintain a firm personality when needed, and that’s a strength in her marriage because her husband is the more emotional partner.

We mentioned she’s tough, but don’t assume that this means she’s not a total joy and delight. She’s hilarious. She’s a goofball, and she likes to have a good time. She and her husband are constantly making fun of one another, having a good time on the set, and doing everything in their power to laugh. It’s a beautiful combination.

Health is so important, and Mika is aware of this. She takes excellent care of herself, and she’s super into what she’s eating, how she’s treating her body, and what she’s doing for her mind and her soul. It’s such a good way to live, and we love it.

Dogs are the best, aren’t they? She’s a dog lover, and thankfully, so is her husband. They have a dog called Bear. He’s a Lhasa Apso mixed with something else, and they consider this dog their baby. We can see that. He is beyond adorable.

And, it was a good year for her, too. All of us who live in and around Tampa are excited about what this year brought in terms of our athletic teams. A Super Bowl win, a Stanley Cup win, and she’s proud of her hometown teams.

Good thing she works out so much, too. She loves anything sweet. It seems some people are savory food people, but other people are sweet tooth lovers. She falls into the latter category, and we are not in disagreement with her. There’s something so delicious about a sweet treat that just hits the spot.

9. She Lived Abroad As A Child

While Mika keeps her family life very private – as she should – there is some speculation that one or both of her parents might have been in the military of some sort. She lived for some time in Germany as a child. She posted a photo to her Instagram account once throwing it back to 1988 when she had a mullet and lived in Germany. So, while we don’t know for certain what her parents did when she grew up, we do know that she did spend some time living abroad.

10. Her Husband is a Former Reality Star

Here’s something interesting many don’t know about Mika and her husband. He had a crush on her in high school, but he was too afraid to ask her out. Instead, he let the moment slip by, and he married someone else. He was married from 2007 to 2011 to his first wife. Her name is Erika Dunlap, and the couple made their reality television appearance on “The Amazing Race,” during the season 15 shows.