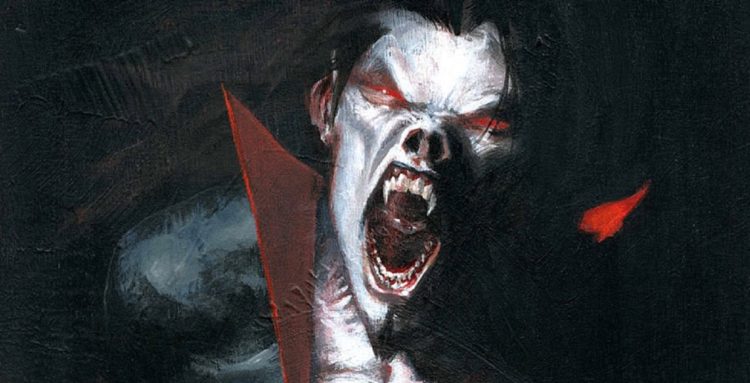 Morbius the Living Vampire is a Marvel Comics character that started out as a Spider-Man supervillain but went on to become an anti-hero of sorts. As a result, it is perhaps unsurprising that said character is set to receive his own movie in Sony’s Marvel Universe, which will be starring Jared Leto in the role. Here are 10 things that you may or may not have known about Morbius the Living Vampire:

1. Came Into Existence Because of a Change to the Comics Code Authority

Morbius came into existence because of a change to the Comics Code Authority, which was founded in 1954 by comic book companies for the purpose of self-regulation so that it could serve as an alternative to government regulation. In 1971, a change to the Comics Code Authority made it possible to have vampires and other supernatural creatures in comic books, which led to Morbius soon enough.

2. There Were Some Thoughts About Using Dracula

The people at Marvel Comics thought about using Dracula. However, Stan Lee wanted a costumed supervillain, thus resulting in a character who picked up pseudo-vampiric capabilities via “scientific” rather than more supernatural means. Amusingly, Marvel Comics went on to introduce its second version of Dracula within a few months of Morbius anyways.

3. Inspired By a Sci-Fi Movie

Roy Thomas was the man who oversaw the creation of Morbius. He has stated that the concept was inspired by an unnamed sci-fi movie that he remembered seeing when he was a child, which showed a man turning into a vampire because radiation. However, it is interesting to note that Thomas has also stated that Morbius’s name wasn’t inspired by Doctor Morbius from Forbidden Planet.

4. Had a Tragic Background From the Start

Morbius had a tragic background from the start. In short, Michael Morbius was the victim of a rare blood disorder, which resulted in an unpleasant appearance that further contributed to his social isolation. However, his rare blood disorder did not detract from the fact that he was a very capable biologist who came up with an experimental treatment that backfired on him by providing him with pseudo-vampiric capabilities.

5. His Pseudo-Vampirism Has Some Serious Downsides

Some of Morbius’s pseudo-vampiric capabilities are pretty neat. For example, he possesses superhuman strength, speed, and healing, which are in addition to the ability to fly. Unfortunately, Mobius’s pseudo-vampirism has plenty of downsides as well. One excellent example would be his need to consume blood, while another example would be the infectiousness of his new condition.

With that said, Morbius lacks the more supernatural capabilities shown by “real” vampires in the Marvel Comics setting. For example, he can’t control the weather. Likewise, he can’t change his shape under normal circumstances, though he has exhibited such capabilities when possessed by a demon. On the plus side, Morbius lacks the “real” vampires’ weaknesses, though he is weakened by sunlight because of his excessive photosensitivity.

7. Friends With the Werewolf By Night

Amusingly, Morbius is friends with Jacob Russell, who is called the Werewolf By Night because, well, he was the victim of a werewolf curse. The two characters’ friendship can be seen in Mobius’s efforts to help the other man deal with his curse.

Besides that, it is interesting to note that Morbius has worked with Dr. Strange on multiple occasions. In fact, he is a member of the Midnight Sons, which was a team of supernatural superheroes that was supposed to serve as a last line of defense for various supernatural issues.

9. Love Interest Will Be Played By Adria Arjona

Morbius’s love interest in the movie will be Martine Bancroft, a character that will be played by Adria Arjona. It is interesting to note that Morbius is supposed to be a Greek scientist who was perfectly content to stay in Greece until he became a pseudo-vampire, which prompted him to flee for the purpose of protecting Martine, who was his fiancee.

10. Enemy Will Be Played By Matt Smith

Meanwhile, Matt Smith will be playing Morbius’s friend turned enemy Loxias Crown. It is possible that the character is based on a Marvel Comics character who went by Hunger, but whatever the case, it is clear that there are some significant changes, seeing as how The Hollywood Reporter is reporting that he will be suffering from the same blood condition as Morbius.