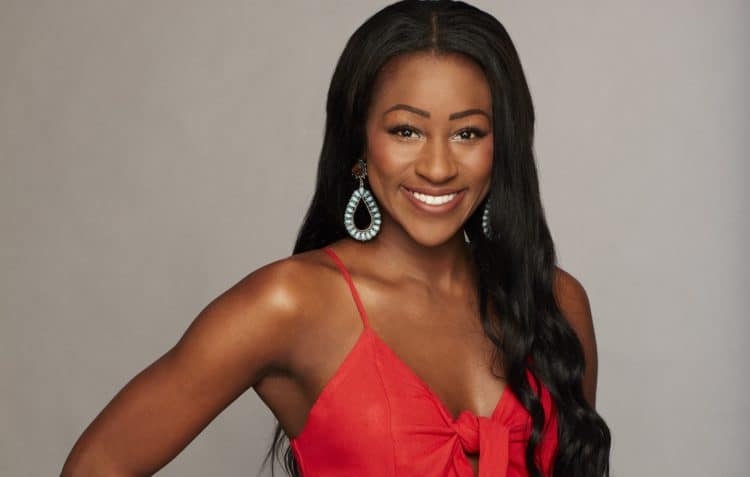 Love is the greatest gift of all. It can, however, be evasive for most people although the lucky ones find their soulmates the first time they set out to look for them. Desperation sometimes sets in, and people end up doing strange things to get their special someone. For Onyeka Ehie, after failing to get someone to strike an instant connection with for over five years, joining “The Bachelor” became her last resort. Unfortunately, we do not always get what we want, and she ended up losing out on the prize, Colton Underwood. Still, there is more to Onyeka than just her search for the right guy. With these ten facts, we can understand why she opted to go on air seeking for true love, and also learn a few details about her and her family.

1. Onyeka Ehie has never been in love before

For over five years Onyeka has been single and has been in search for real love claiming it is the only thing that makes sense as opposed to being in a relationship. That does not mean she has not been dating since Dallas is a great place to meet new people, but she is not interested in that. She prefers a connection which to her is like an orgasm, as she puts it.

Her main reason for failing to get a guy has been she spends too much time advancing her career and herself. However, she adds that being picky plays a role also in her being single this long.

2. Onyeka wanted Colton to be her soulmate

She got an instant attraction towards Colton saying that he was a genuine guy, one of the things which captivated her. Moreover, the fact that Colton is a staunch Christian and had a Christin upbringing is the other thing that drew her to him. For Onyeka, the man she falls in love with has to have strong Christian morals. Of course, looks are a factor and Colton, being a hot guy according to Onyeka, checked her boxes.

3. She can only date someone who appreciates her Nigerian background

While some parents shift from their culture and adapt with the times, some remain conservative. Onyeka’s parents have stayed rooted to their Nigerian traditions therefore for anyone who wants to date Onyeka, let alone marry her; he has to understand that she cannot drop her Nigerian heritage for his sake. The truth is anyone who cannot understand this principle does not get her parent’s blessings as well. However, despite being traditional, Onyeka’s parents do not mind her dating a white guy.

4. Her favorite pick up is ” You look familiar.”

Some may find this pick-up line clichÃ©, but that has not stopped Onyeka from using it to get a date. With such a line, she has the assurance that she will at least hold a conversation for a while, even if things do not unfold favorably for her.

Dating has become like taking a degree course with some couples courting for over four years before getting married. For Onyeka’s parents, they did not need too much time to know they belonged to each other. After dating for two weeks, they got engaged and have been married for 35 years.

Onyeka has been to many places around the world. Apart from growing up in Kansas, she has gone to Italy for her studies. She posts photos on Instagram showing her love for travel, captioning one photo” escaping real life one destination at a time.” Onyeka has vacationed in Croatia, Dubai, Japan, Ireland, and Corfu.

7. She would become a music producer if she got the chance

Onyeka is a music fanatic, and she would be a music producer, given an opportunity to do any job in the world. Her Instagram portrays her love for music seeing that she has been to Austin City Limits, Buku Music Festival and Coachella.

Onyeka is the second-last born in her family. She has two sisters, one younger than her called Amara and the older one is Chinazo. The eldest in the family is her brother Kezie.

9. Onyeka is an IT Risk consultant

Onyeka has had the experience of working with KPMG as an intern in the IT advisory and corporate management divisions, with each internship lasting three months. Also, from her LinkedIn profile, she describes herself as a highly ambitious IT audit associate with KPMG.

10. Onyeka has a master’s degree in accounting

In May 2017, this 24-year-old graduated with a masters in accounting from Kansas State University. She also passed all four parts of her CPA exams recently, making her a newly certified accountant.