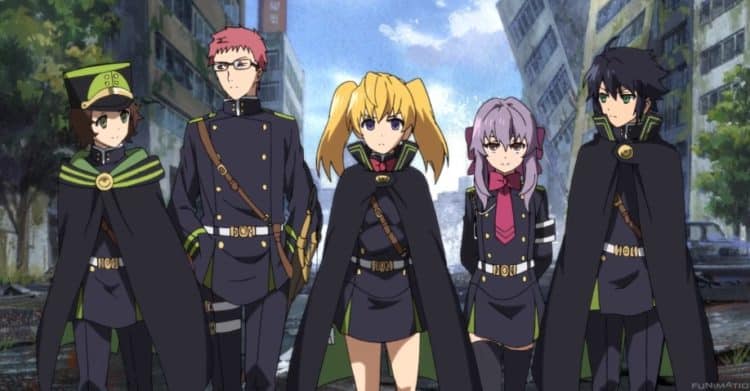 Owari no Serafu is also known as Seraph of the End. The title itself tells you that you’re dealing with something that is going to be quite dark but what else do you know about the story? In reality, this is a story that involves a lot of fantasy but it also has a lot of underlying themes that definitely resonate with real life. If you want to know more, keep reading. Here, you can find out 10 more things about the story itself.

1. The story was designed to expand your imagination

It is considered a dark fantasy. This is really just a term that’s attached to stories that have some element a fantasy in them, meaning that it’s something that people don’t consider a possibility in a real-world situation. It’s also very dark because it deals with a lot of things like loss, strife and even a struggle to survive in the most basic of senses.

2. Its writer wanted to connect with the audience by playing on fears that run through society at this very moment

The story starts when a virus attacks the world. It turns into a global pandemic and before you know it, virtually every person is either directly affected or knows someone who is. No one is untouched by the virus, whether they are infected by it or impacted by the results of it. That fact in and of itself is enough to get your attention and the very thought of something like that actually happening is enough to send terror through even the bravest of souls.

3. It was a difficult project to develop

The whole idea was to use some dark elements to get the attention of the audience but things proved more difficult than anyone originally thought when the people connected with the project had a hard time getting past their own demons in order to create it.

4. It plays with elements of the Man Playing God syndrome

This is intentional. The goal is to showcase what mankind is capable of doing to itself. That’s the whole reason for the virus that was, in fact, created by man.

5. It’s sort of like combining Alas, Babylon with Dracula, but it tells the story its own way

The story also carries its own element of fantasy, as previously mentioned. In this particular case, it’s vampires. People have long believed that vampires are nothing more than a story but here, they have existed all along and they were just waiting for some type of catastrophic event so they could come out and take advantage of those who are left behind.

6. In reality, some fans have confided that parts of the story sometimes make them feel uncomfortable

The story was created to show the audience what can happen when mankind is no longer willing to get out of the way. The truth is, they did such a good job creating that element that the audience even gets uncomfortable every once in awhile.

7. They wanted to use elements of fantasy to offset some of the darker themes

Obviously, having vampires chasing you complicates things considerably. If you thought it was difficult to figure out how to move forward after the virus, imagine what it must be like when you’re trying to do that and running for your life at the same time. Why vampires, you ask? According to those responsible, it seems that they wanted to incorporate some fantasy so things wouldn’t get too dark for too long. Vampires seems a little dark in their own rite, but who’s counting?

8. It uses well known psychology to get inside your head

The story might be a fantasy, but it really is about having some of your worst fears happen. Imagine what it would be like to suddenly be completely on your own without anyone that you love nearby to provide you with moral support or anything else. Most people fear being alone and that’s exactly what this story feeds off of.

9. If you really pay attention, you’re likely to come away with a positive feeling

Of course, it’s also about those few individuals that choose to rise above their circumstances and find a way to live with a purpose even after facing unspeakable tragedy. This is something that people struggle with in real life each and every day. The story is dark and there’s no doubt about that, but if you stick with it, you’ll likely see that it’s really more about overcoming dark things that can happen to people.

10. It was a story that had been brewing for decades

Believe it or not, this is something that had, in bits and pieces, been on the mind of the primary writer since youth. It started as a bit of make-believe and then slowly expanded into the story you see today.