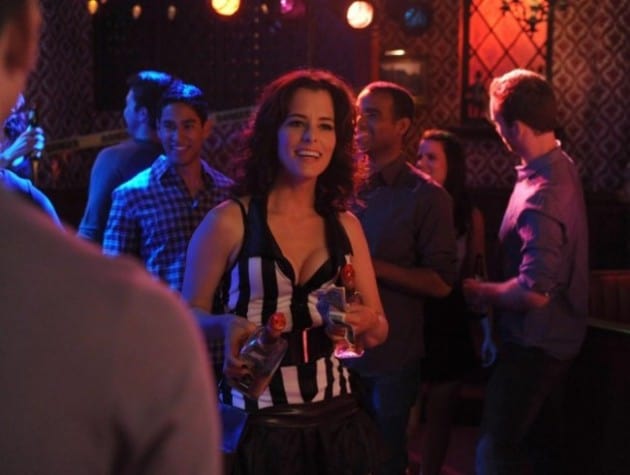 Parker Posey is one of a kind but she’s also someone that not everyone knows about. This could be because she’s been on the Indie movie scene so long that it takes someone that enjoys Indies to really recognize her and point her out. Her talent has never been in question and her characters have always been engaging enough to enjoy, but the one thing that usually seems to set her apart from the crowd is that she acts a bit irrational in some of her roles. She does seem like the type of person, on screen, that can go a little berserk now and again since her characters at time seem to warrant such behavior. But overall the act that she puts on in one that’s hard to see through a lot of times and even harder to predict. This is why she’s one of the best in the business even if not as many people have heard about her.

Here are a few things that folks might not have known.

Either her father had a crush on the model when he was younger or, well, that seems to be one of the top reasons why he would name his daughter after her. Even parents get smitten with their idols after all.

9. She’s gone against the advice of those that manage her career before.

This might be something that a lot of actors do but they do hire people on that are there to make decisions regarding their career that are based on a lot of different factors that are meant to keep them safe, secure, and capable of sustaining said career when times get slow or otherwise difficult. Fame isn’t always born just off the shoulders the actors, as they have people that keep the fans interested in them using many different tricks and methods.

8. Parker has gained an interest in making pottery.

There’s something soothing and relaxing about pottery if you don’t mind getting your hands dirty. It can be a very cathartic hobby that allows people to just lose themselves in the art and thereby learn a new skill and gain peace of mind.

7. She learned to the play the mandolin for a movie.

Stuff like this kind of make a person wonder how many different skills an actor will learn in their lives and how many they’ll actually retain once their part in whatever movie it was learned for is over.

6. For a brief time she was considered for a role in Jerry Maguire.

She was up for the role of Dorothy, but looking back it seems that it went to the right actress since it was a very touching movie and it was quite mainstream, something that Parker isn’t really known for doing all that much.

5. Parker is an established mime.

Yes, a mime. Some people don’t care for mimes and have their reasons but as an art form, for those that want to call such, it does seem like it would take a great deal of practice and discipline in order to sell the act.

Usually this is something you hear about being caused by exposure to deer ticks. It comes with flu-like symptoms, joint pain, and a very irritating and painful rash. A lot of this tends to go away after a while but it’s rather unpleasant until then.

3. She was born 2 months premature.

People tend to gasp when they hear this, but while it’s not entirely common it’s not so rare that it happens only once in a blue moon. Being born premature isn’t as risky as it used to be since with the advancement in medical technology and techniques some children can be saved when they’re born far in advance, but it does take a lot of extra effort to keep them alive and to make sure that they’re going to thrive.

2. Parker likes being a character actor.

A character actor is basically the person in the film that is sometimes a little eccentric and is there to further the movie but in an unusual manner. They tend to be those that are noticed but then easily brushed aside in favor of the leads. Parker has played many roles as a character actor and has done very well throughout her career.

1. She was dubbed the Queen of the Indies.

Her resume features a lot of Independent movies that have her somewhere in the mix and as a result of this she’s become very well known on the Indie scene. Whether that’s a good or a bad thing is a matter of perspective, but since she’s made a career out of it you could say it’s been a big positive in her case.

She is the oddball in a few movies, but she makes it work.