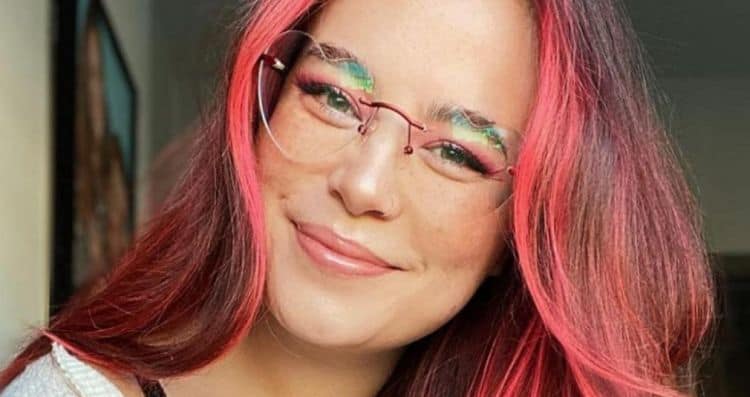 Sarah Whittle is known for her work on “Smosh,” among other things, but it’s her recent announcement that she is leaving that has her name all over the press. She’s leaving her position with Smosh behind, and she’s making it a commitment in her own life to focus on her personal journey. She’s having the time of her life doing so, and she’s currently in a place that has her feeling comfortable and excited for her future, and really into things as they are. Who is Sarah Whittle? And what is she going to do now that she’s done with this chapter?

She is a young woman who was born on February 7, 1989. She was born in Cheyenne, Wyoming. However, she was not raised there. Her father was in the United States Air Force, which means that she spent most of her childhood moving around from base to base so he could work. Her mother is Korean, and she met her father through his work.

Sarah Whittle is a married woman. She married a man by the name of Claudio Natale. They wed in 2018, but they were together for many years prior to getting married. At the moment, they do not have any children, nor does anyone know if they want children of their own.

She is a mom to her cats, and that is important to Whittle. Her cats are her kids, and she has an entire highlight on Instagram that is about her cats only. They are super sweet, and it’s clear that they love her as much as she loves them.

As the child of a man in the Air Force, she moved a lot growing up. She was born in Wyoming, but she did not live there long. She spent a few years there, moved to South Korea, lived in North Dakota, and lived in Germany – and that was all before she was even 7.

5. She Spent a Lot of Time in Germany

Most of her prominent childhood years were spent living in Germany. She was there from the time was six until the time she was 12. She attended middle school there, and that is where she seemed to have gleaned an interest in being part of the production world. While there, she hosted a show of her own on the school television channel.

6. She Went to High School in Wyoming

After many years of being away from the state in which she was born, her father was transferred back to Cheyenne. Whittle was able to go to high school while there. She also got to go to college in the area. She attended the Laramie County Community College, and she was heavily involved in her education as well as her extracurriculars while there. She was on the Speech and Debate team, she was the president of the theater club, and she was able to graduate with a degree in speech communication – her associate’s degree.

7. She Moved to New York

8. Her First Jobs Were in New York

Fresh out of college with a degree in hand, she went to work in New York City. Her first two jobs were with companies such as Hillside Media as well as NYC Media. She spent some time working in the city before she moved west and found a job working in Phoenix, Arizona.

9. She Has a Large Following

Her social media channels are impressive. Her Instagram page alone has more than 149k followers who want to see what she’s up to and keep up-to-date on her work and the many things she has going on in her life. She shares a lot of her work on Instagram, but she also shares her cats and a little bit of her personal life. Not too much, though.

When she was able to participate in a special Valentine’s Day special episode of The Price is Right, she was able to do so with her husband. They were able to wear the name tags, to make a big, and to live her dream come true. She watched shows like that all the time growing up, and it was such a dream for her to get to participate.