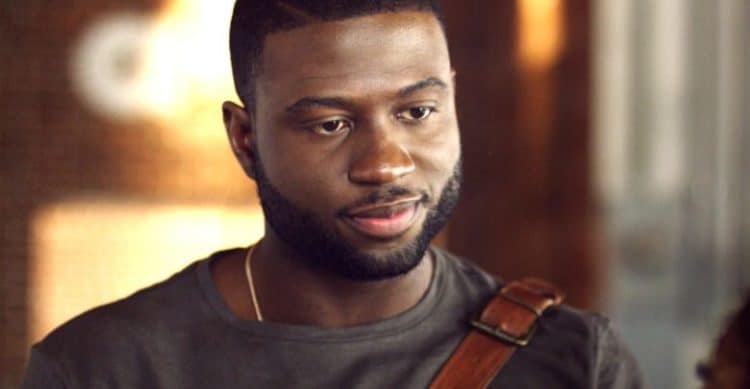 There is a large number of supporting characters in show business that are likely recognizable to some folks and are basically there and gone in the estimation of others that don’t watch them as regularly. Sinqua Walls is undoubtedly on that list since he is a supporting character that’s been in movies and TV shows as an extra, a guest star, or as someone that’s important to the story but isn’t the lead. He does have the kind of personality and ability that makes him valuable to a lot of projects but at this point in his career it seems more likely that he’s bound to be someone that people look to when they need someone that can fill in or otherwise take the role of a character that has an important part to play even if they’re not entirely crucial. He’s scored a few good parts in his time though, so his reputation is growing.

Here are a few things about Sinqua you might not know.

As Malik he was one of those characters you felt was going to get offed at one point or another anyway, but the manner in which he finally went out was one of his own choosing at least. A lot of characters in horror movies don’t often get that chance, but the ones that do tend to be respected a little more since they know the hopelessness of the situation and are going to do things on their own terms.

9. Sinqua was also a recurring character on Teen Wolf.

This was a slightly more influential and important role since he got to play a character that was vital to the story line and was able to gain some serious credit that led to the building of a reputation.

8. He played basketball for the University of San Francisco.

Sinqua has always been active in sports since he was young and has remained so for much of his life. It wasn’t his main drive but it was something he was good at and obviously he carried those skills and that drive into college.

7. Sinqua played Sir Lancelot on Once Upon A Time.

There were so many characters that got lumped into this show that it was hard to keep up with all of them. He showed up for a while when the group was transported to Arthurian legend but kind of faded out as many characters did over time when there was no longer any use for him.

It would seem that Sinqua has other talents aside from sports and acting that he’s been cultivating throughout the years and it would also seem that he’s made good use of this talent in a few different ways.

5. He’s a big advocate for helping out the homeless and to help fight hunger in America.

This is a huge issue worldwide but obviously in America it’s a big deal as well since the number of homeless individuals and those that go without food do fluctuate from year to year and while people try there hasn’t been any one solution that’s been found yet.

4. As a kid he would memorize his favorite movies and dreamed of being an actor.

Just imagine how many times you would have to watch a movie over and over in order to have every line memorized and readily available at the moment you needed it. This was the type of dedication that he put into his craft for years since he was younger, as this was the only thing he really wanted to do growing up.

3. There’s no real idea of what is net worth is.

His net worth has been said to be around $1.5 million but that’s more of an estimate than anything since the real number isn’t really known at this time. It could be on the rise for all anyone knows since his career has been pretty steady for a while.

2. He’s actually kind of protective of his private life.

A lot of celebrities would no doubt want their more private life to be kept well away from the cameras since when they’re out and about there always seems to be a small army of paparazzi on hand to photograph or film everything they do and say. The problem with this is that some stars do get a bad reputation for not being as friendly as the people would like them to be since they’re constantly bombarded and not given a moments peace.

Some might say this assumption can be blown out of the water since he has a son, but then again many gay individuals do have kids. But then again the idea of assuming that a man is gay just because he has no wife or girlfriend is rather presumptuous since it doesn’t really mean anything. The guy could just be picky about who he attaches himself to.

It’s pretty fair to say that he’s one star that might be on the rise.